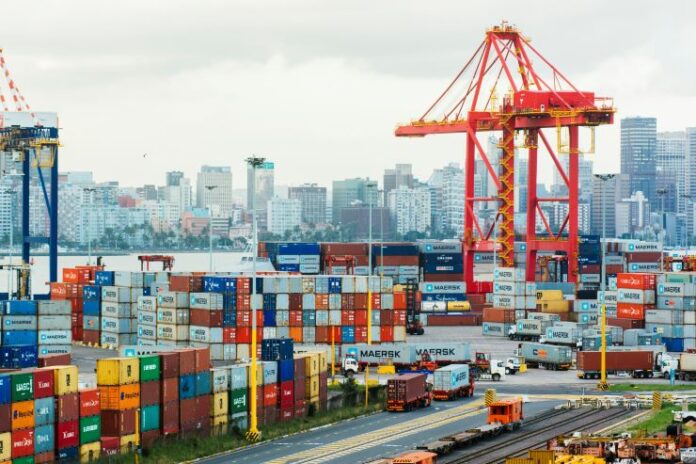 In 2021, African countries with the highest export revenue reached a total of about US$513.5 billion.

Over the five years beginning in 2017, exports from all nations climbed faster (22.5%) than those from Africa. The past years has also witnessed the global exports increase by 22.9 percent, whereas African exports saw a 30.7 percent increase.

The top 5 exporting countries from Africa in 2021 was South Africa, Nigeria, Egypt, Algeria, and Morocco.

That significant group of African shippers produced more than half (55,7%) of the continent’s total exports in terms of value.

Comparing that number to the 52.9 percent share one year earlier in 2021, there has been an increase in concentration.

The first on the list of African countries with the highest export revenue is South Africa.

The South African government has highlighted the nation’s ports and terminals as major economic growth drivers because they are located along one of the busiest international sea routes.

There are eight ports there, with the port of Durban being the biggest and busiest in sub-Saharan Africa.

Gems and precious metals made up the majority of South Africa’s exports in 2017, amounting to $14.9 billion in total, or 16.7% of all exports.

The republic’s other exports are much higher than those of other African nations, with drinks, spirits, and vinegar ranking as the tenth highest export category, accounting for $1.4 billion.

Mineral fuels, including oil, ranked third in terms of exports with $10.6 billion, or 11.8 percent of total exports.

Conakry and Port Kamsar are Guinea’s two principal ports. The largest of the two ports, Port Conakry has a maximum annual capacity of about 600,000 teus and a full container storage capacity of about 8,000 teus.

The nation is the world’s largest reserve holder of bauxite and a major exporter of the commodity. Bauxite/aluminum ore ($990 million) and gold ($1.54 billion) exports from Guinea account for almost 85% of all exports from the nation.

This makes Guinea rank second on the list of the African countries with the highest export revenue.

Nigeria ranks third among the African countries with the highest export revenue.

The Lagos Port Complex and Tin Can Island Port in Lagos, Calabar Port, Delta Port, Rivers Port in Port Harcourt, and Onne Port are some of Nigeria’s principal ports.

Mineral fuels, including oil, make up the majority of Nigeria’s exports at $39.1 billion, or 96% of the country’s total exports.

Ships and boats accounted for 0.6 percent of all exported commodities, making it the second-largest sector.

With a total export value of $238.1 million and a share of 0.6 percent of all exports, cocoa was Nigeria’s third-largest exporting sector.

There are 12 ports in Algeria, with the port of Algiers serving as the nation’s first ever commercial port.

Mineral fuels, including oil, make up the majority of the nation’s exports at $33.8 billion in value, or 96.1 percent of all exports.

Angola has four ports, with Luanda serving as the largest. More than 70% of all imports and exports from the country are handled in Luanda.

Mineral fuels and oil make up the majority of its exports, amounting to $32.3 billion (95.6 percent of total exports), followed by gems and precious metals at $1.2 billion (3.5 percent), and machinery, including computers, at $46.4 million (3.5 percent).

Egypt is a nation with a total of seven ports, but the Port of Alexandria is the country’s genuine Nile jewel.

It is regarded as the primary port for all of Egypt’s international trade and is located on the West Verge of the Nile Delta between the Mediterranean Sea and Mariut Lake.

With $5.1 billion, or 19.5 percent of all exports, mineral fuels, including oil, account for the largest percentage of exports.

Gems and precious metals are in second place with exports totaling $2.1 billion, or 8.2 percent of all exports.

Electrical machinery and equipment exports rank third in terms of value at $1.7 billion, or 6.7 percent of all exports.

The Port of Al Hoceima, Casablanca, Essaouira, Safi, and Tangier are the five ports that make up Morocco.

Electrical machinery and equipment, which made up 16.5 percent of all exports in 2017 and had an export value of $4.2 billion, is its largest export.

Vehicle exports comprise $3.4 billion, or 13.3 percent of all exports. Fertilizers account for the third-largest export, worth $2.6 billion at 10.1 percent.

With a capital city known as “Bride of the Sea” and a seaport that dates to the sixth century BC, Libya’s economy depends heavily on exports.

Oil and other mineral fuels make up its largest export. At $17.2 billion, it represents 96.8% of all commodities exported from the nation.

In total, Tunisia has 16 ports, including the Port of Tunis, Sfax, La Skhirra, and Didon Terminal.

Electrical machinery and equipment is Tunisia’s largest export, making over $4 billion or 28.4% of all exports.

With exports of $2.2 billion, or 15.5 percent of all commodities, clothing and accessories (excluding knit or crochet) come in second.

Knit or crocheted garments and accessories are the third-largest export, accounting for $893.3 million, or 6.4 percent of all exports.

Ghana has two ports, the 3,900 sq km Tema Harbour and the Takoradi Harbour (the primary export port of the nation), and 40.3 percent of the country’s economic output is made up of exports.

Precious metals and stones make up the majority of the nation’s exports. Africa’s top gold producer is Ghana.

Exports of diamonds and precious metals totaled $3.5 billion, or 34.4 percent of all exports.