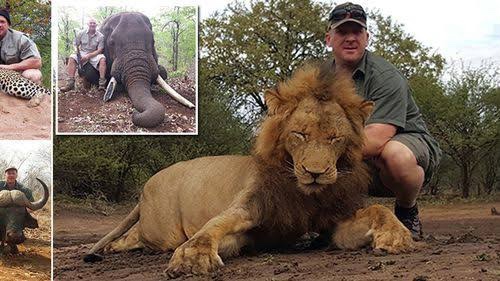 A trophy hunter who killed some of the most protected animals, including elephants, giraffes, rhinos, and lions, has been reportedly shot dead in South Africa.

According to reports, Riaan Naude, who owns the Pro Hunt Africa, was said to have been found dead next to his truck in Limpopo, the northernmost region of South Africa.

Local media reported that two hunting rifles were found in his car in an area of Kruger National Park.

The 55-year-old previously posted photos of him posing with dead animals, including lions, elephants, and giraffes.

The non-profit crime-fighting organization Heritage Protection Group (HPG) claimed that Naude was shot dead by a man who stopped beside him when he stopped his car near Mokopane after it overheated.

He said: “The man was lying on his stomach and there was blood on his head and face.”

Also, read; After Being Expelled From Mali, French Forces Move Operations To Niger

The HPG also claimed that two men got out of the truck before a person shot him.
One of the men also stole one of Naude’s pistols before fleeing.

A local cattle herder confirmed the allegations and said he heard a gunshot before he saw the two men drive away in a white Nissan truck.

Naude’s company, Pro Hunt Africa, based in the far north of South Africa, describes itself as a “hunting and eco-safari outfit”.