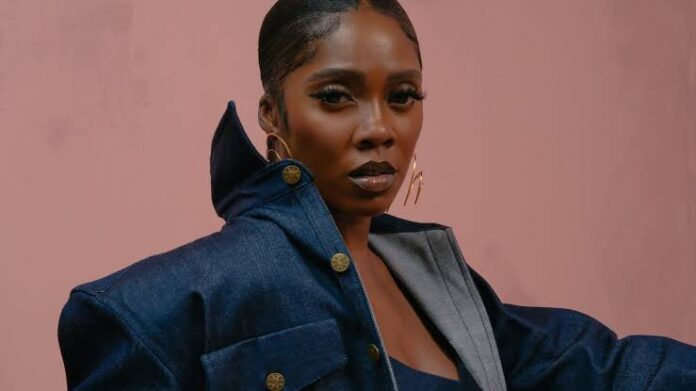 Nigerian Afrobeats star, Tiwa Savage is set to receive an honorary doctorate from the University of Kent in the UK on July 15.

The musician is one of 10 “inspirational figures” named as honorary graduates ahead of the university community’s celebrations at Canterbury and Rochester Cathedrals in July.

Tiwa Savage, who earned a degree in business administration from the University of Kent before receiving a scholarship to study music at Berklee College of Music in Boston, USA, is receiving a degree at Canterbury Cathedral “in recognition of her inspiring, international music”.

She joins a growing list of Nigerian artists who have received honorary doctorates over the years. These include P-Square members Mr. P. and J. Martins, who received academic honors from Escape Benin University and Estam University, respectively.

In 2016, 2Baba (Tuface) also received an honorary master’s degree in music from Igbinedion University in Nigeria.

News of Tiwa Savage’s latest achievement follows an announcement in June that she would be a brand ambassador for Chinese smartphone company Tecno Mobile.

The Multi-award winning singer-songwriter Tiwa Savage is best known for the global hits “49-99” and “Somebody’s Son”.

She is behind five studio collections and is one of Nigeria’s most popular musicians, having secured collaborations with the likes of Beyoncé and Coldplay.

Tiwa was also named one of the 100 Most Inspirational Women of Fashion in the World by Vogue magazine and appeared on the cover of the first issue of Billboard magazine dedicated to all of Africa.

She is currently touring North America with her EP Water & Garri. The tour includes 17 shows in cities such as New York, Chicago, Dallas, Los Angeles, Vancouver, Montreal and Toronto, among others.