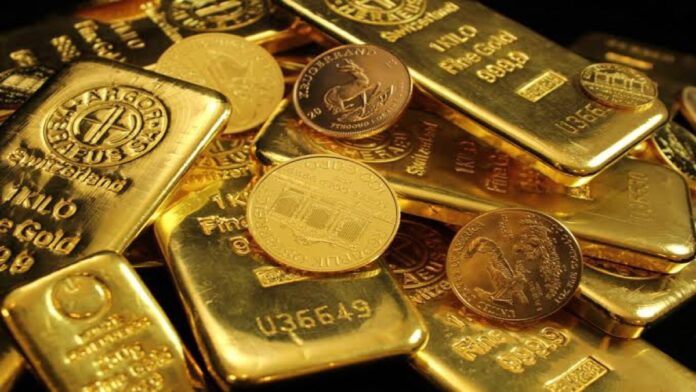 Zimbabwe is set to introduce gold coins, allowing investors to store value within the country as inflation spirals out of control. The move comes after the country’s inflation rate rose to 191.6% in June from 132% in May.

In a statement on Monday, the governor of the country’s central bank, John Mangudya, announced that the new gold coins will be available through regular banking institutions.

Mangudya explained that the Reserve Bank of Zimbabwe’s Monetary Policy Committee (MPC) has decided to launch gold coins as a tool for investors to store value.

“The gold coins will be minted by Fidelity Gold Refineries (Private) Limited and will be sold to the public through normal banking channels,” Mangudya explained.

Fidelity Gold Refineries (Private) Limited is the only gold buying and refining company in the country and is owned by the Central Bank.

Recall that the Central Bank’s Monetary Policy Committee had earlier expressed “great concern about the recent rise in inflation“, which rose 30.7% in June 2022.

Since concerns were raised, authorities have been struggling to lift Zimbabwe out of an economic crisis characterized by high inflation, a rapidly depreciating local currency, 90%, unemployment, and falling productivity.

The country’s inflation has been on an upward trend for the past three months as inflationary pressures have mounted, driven by the continued weakening of the Zimbabwe dollar, which is trading at 1:650 in the black market.

The central bank’s printing of new money has also worsened the situation, reversing the gains made over the past two years, in which inflation dropped from a peak of 800% in 2020 to 60% in January this year.

As part of measures to stabilize the economy, the central bank will more than triple the lending rate from 80% to 200% per annum and raise the interest rate from 50% to 100% per annum.

Harare independent economist, Victor Bhoroma, praised the Head Bank’s interventions, saying that positive interest rates would reduce both “speculative borrowing in the economy and the growth of the money supply”.

Speaking to Aljazeera, Bhoroma explained that “Gold coins are a good idea in terms of storing value.”

“It can be a way to reduce pressure on the US dollar if sold in Zim dollar thus stabilizing inflation,” the economist added.