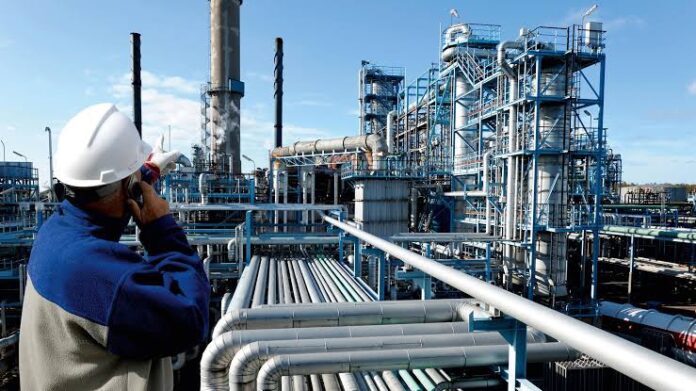 Algerian oil and gas company Sonatrach on Monday announced the discovery of a “significant” gas condensate deposit in the Hassi R’mel field in Algeria’s Sahara.

“Sonatrach announces that it has discovered significant hydrocarbon potential (…) at the level of the Hassi R’mel mining area,” the company said in a statement.

According to the statement, the reserves of this deposit is estimated to be “between 100 and 340 billion m3 of gas with condensate”.

“These volumes constitute one of the largest revaluations of reserves in the last 20 years,” the oil group added.

Sonatrach plans to start production from the field in November, which is expected to produce 10 million cubic meters per day.

Algeria, whose proven natural gas reserves are almost 2.4 trillion m3, supplies around 11% of the gas consumed in Europe, compared to 47% in Russia. It is the largest exporter of natural gas in Africa and the seventh largest in the world.

Several countries that have tried to reduce their dependence on Russian supplies since the invasion of Ukraine have turned to Algeria. In April, Italy signed a major agreement with Algeria to increase gas supplies.

Recall that Italian company Eni and Sonatrach previously made a significant oil and gas discovery in the Zemlet el Arbi concession after drilling the HDLE-1 well.

According to AFP, “HDLE-1 found light oil in the Triassic sandstones of the Tagi Formation.” This confirmed 26 million net wages with “excellent petrophysical properties”.

The well is expected to produce 7,000 barrels of oil per day and five million standard cubic feet per day of associated gas, during production tests.

According to preliminary estimates, the discovery contains about 140 million barrels of oil.