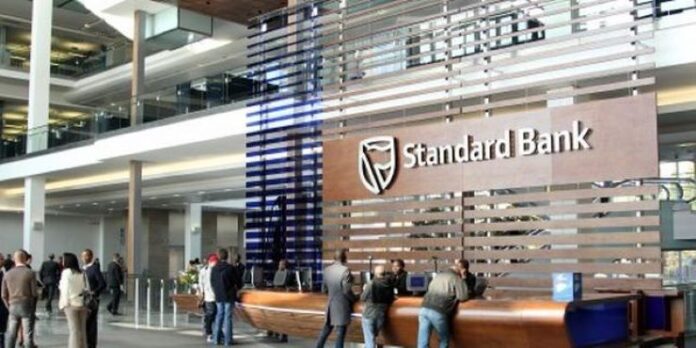 African banks have been ranked as one of the best banks in the world. They account for 2% of global profits and provide a 19.49% return on capital.

This makes them among the most profitable in the world with assets growing rapidly, and the continent seems to have sufficient capital to support long-term growth through mergers and acquisitions (M&A).

According to research by Business Insider Africa, with 51 and 50 commercial banks, respectively, South Africa and Tanzania have the highest concentration of banks.

Hence, here are the largest African banks by size of assets

The number one spot on the list of the largest African banks by size of assets is currently held by Standard Bank Group, which is third in Africa and 152nd overall after moving up four spots from its previous ranking of 156th in 2019.

The business’s headquarters are in Johannesburg.

However, the rapid expansion of its prior year resulted in a 10 percent reduction in capital from $13.2 billion to $11.9 billion at the end of 2017.

Due to the persistently challenging financial and economic climate, total assets decreased by a comparable amount to $147.7 billion, and net profit decreased to $2.3 billion.

In comparison to last year’s return on equity (ROE) performance, Standard Bank achieved a stellar ROE of 19.1 percent this year.

Also read: 5 African countries with the cheapest gas prices in 2022

It moved up 79 positions, from position 6 to position 5, in the list of top banks, showing the second-fastest growth in capital with a 15% gain of $4.6 billion.

According to lhab EI-Sewerky, CEO of Bank, national banks plan to grow their market share by 3 percent by the end of 2023 from 1.1 percent.

For the seventh year in a row, National Bank won Best Retail of Egypt in 2019.

From fourth place with $5.4 billion in capital the year before to second place this year, Absa Group Limited has improved its position in the bank rankings.

Previously, Barclays Bank Africa Group ltd sold shares of the Absa Group equal to 12.2 percent in 2016 and 33.7 percent in 2017, leaving about 85 percent of the bank’s shares widely held on the Johannesburg Stock Exchange (JSE), with a total asset value of $75 billion and a healthy profit of $557 million.

First Rand’s capital drops from $5.3 billion to $5.1 billion, or 3%, of its previous value. The first rand bank was pushed back to third place, but despite the dropping currency, total assets surged to 6 percent of $87.6 billion, and net profit rose by 5 percent to $1.5 billion.

FirstRand continues to do well with a higher Return of Asset (ROA) of 1.7 percent and manages to outperform among the larger South African banks.

FirstRand continues to maintain a high ROE of 29.2 percent, which is far ahead of the rest of the top banks this year. FirstRand was established in 1998 and is one of the financing companies that the Reserve Bank of South Africa (Banker’s Bank) has granted a license to.

Although the bank’s total capital decreased by 10% to $4.6 billion and its assets decreased by 8% to $67.5 billion, these decreases are still less than the decline in the rand rate, showing some currency gain.

Nedbank, on the other hand, drops from third to sixth place and is now ranked 177 globally, up from 186 last year.

In terms of domestic loans, Nedbank has a 20% market share, while NBL dominates asset-based lending and commercial real estate financing.

A global commercial bank and provider of financial services, Attijariwafa Bank is headquartered in Rabat, Morocco.

Attiariwafa Bank was able to move up the rankings from 5th to 4th and to 298th internationally from 301 last year thanks to an 11% increase in capital of $4.7 billion.

It is a vibrant bank with significant operations throughout the African nations. It operates in a welcoming environment.

According to research, the GDP of Morocco has expanded by 3.18 percent thanks to $121.4 billion in growth projected for this year as the government and investors collaborate to foster job possibilities and business growth.

Talaat Pasha Harb, an industrialist, created the Egyptian bank Banque Misr in 1920. With a consistent ranking of sixth place, Banque Misr is one of the top banks in Africa.

Lenders have work permit offices for foreign workers in the nation as well as branch offices in every governorate in Egypt. Bank is currently ranked 390th, up from 398 in 2019.

BCP is the abbreviation for the name, which was formed in 1975. It is a significant bank with a market share of customer deposits of 27.9%.

BCP boosted its tier by 75% and is currently ranked 794th out of 1000 leading banks. Total assets increased slightly to $41.5 billion, but capital fell precipitously by 7% to $3.7 billion.

The Moroccan government established Bank of Africa – BMCE Group as a national bank in 1959. In 1975, it became the first Moroccan bank to open an office abroad.

In 1995, the BMCE Group was successfully privatized after being purchased by the Financecom Group.

The bank provides consumer, business, and private banking services. Broad regional coverage is provided by BMCE Group in Africa, Europe, Asia, and North America are all served by branches of Morocco.

Founded in South Africa in 1974, Investec serves clients with financial services who are based in Europe, Southern Africa, the United Kingdom, and Asia-Pacific.