10 Most Powerful African Kings in History 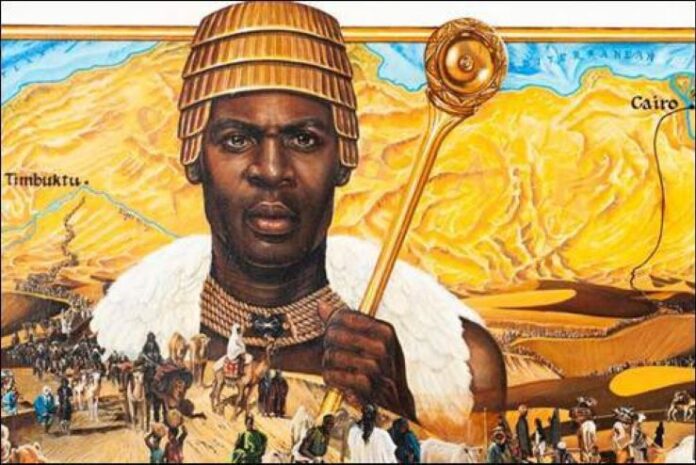 The debate over most powerful African kings makes for a fascinating topic for those who enjoy history and politics.

Kings used to solidify their dominance by making the most of their territorial growth. They achieved this primarily by utilizing every means at their disposal to conquer the lesser cities.

Does Africa have any kings? Yes. Three African nations still have monarchs as their heads of state. These are Lesotho, Swaziland, and Morocco. Numerous rulers rule various parts of Nigeria’s Western region.

African kings had distinct functions in ancient times. One significant one is that they made it easier for slaves to be sold to European traders along the coast.

They collaborated on this with other citizens who acted as intermediaries. Want to know more about the Most powerful African kings in history? Then keep reading

From 1306 to 1332 A.D., Mansa Musa ruled the Mali Kingdom. Musa Keita is his real name, however he went as Mansa, which is Arabic for “King of Kings” or “Emperor.” He was this country’s tenth emperor. A holy trip to Mecca was made by this legendary ancient prince and 72,000 of his subjects.

Mansa Musa was regarded as the greatest and one of the most powerful African kings in history.

His stewardship helped the Mali kingdom grow into one of the richest empires in history. Gold, salt, agriculture, and brisk trade were the main sources of energy for this.

Mansa Musa is regarded as the richest person in history. He was a prolific military commander who spent lavishly.

Sundiata Keita was known as the Lion Prince was also another king regarded as one of the most powerful African kings in history.

Sundiata, who ruled from 1235 to 1255 CE, established the Ancient Mali Empire. He had conquered Mali, Mauritania, Niger, Senegal, Ivory Coast, Guinea, Guinea-Bissau, Gambia, and all of those countries.

This ancient African king is referred to as the Mandinka prince. He established the basis for a strong and prosperous empire.

Mali produced the Manden Charter, the first oral declaration of human rights, under Keita’s direction. Slavery abolition, education reform, and food security are all included in the charter.

The Songhai Empire was established by Sunni Ali, who ruled between the 15th and 16th century.

By absorbing its domains, including Timbuktu, the Songhai Kingdom prospered and overcame the Mali Empire during his rule.

Additionally, the Sunni possessed a powerful military and employed amphibious operations to patrol and assault through the Niger River.

Being a member of a Sunni Muslim dynasty, Sunni was one of the black rulers in Africa who helped Islam spread. During his rule, the faith was widely practiced in both urban and rural areas, making the Songhai empire the largest Muslim West African empire ever.

Another well-known African king is Amenhotep III, commonly referred to as “Amenhotep the Magnificent.”

He was one of Egypt’s finest pharaohs of the 18th dynasty and came to power when he was just 12 years old.

The nation had prosperity, peace, and stability under his administration. Egypt also made a significant impact on diplomacy and foreign policy. The Pharaoh also erected a number of structures and monuments.

To honor his wife, Queen Tiye, he built a man-made lake outside of his castle. For 38 years, the two co-ruled the country with equal authority.

The names of African kings were sometimes influenced by the tribes they came from, their forebears, or the circumstances of their birth. For instance, Sigidi kaSenzangakhona was Shaka Zulu’s original name.

It is believed that the name “Shaka” came from his father’s assertion that Nandi, his mother, was not pregnant but instead had an intestinal ailment brought on by the iShaka insect.

The renowned Zulu empire in South Africa was established by Shaka. He is known to have brought the Zulu tribes together by authoritarian measures.

He is famous for assembling these tribes into an effective fighting force. Shaka’s soldiers engaged their enemies with uniform weapons.

A short stabbing spear was one of the weapons he created. Zulu’s army killed a total of 2 million enemies during his brutal reign.

The list of the most powerful African kings in History won’t be complete without mentioning the name of Oba Oduduwa.

In the year 700 AD, this African King ruled the Oyo Empire. He is revered as an ancient god in Yoruba culture. He was a native of lower Nigeria and conquered numerous existing towns to establish Yorubaland.

Oduduwa had 16 children and each of them was sent to his conquered lands before his death to establish independent authority there.

As a result, the Ila, Oragun, Owu, Ketu, Sabe, Popo, and Oyo kingdoms, which made up the Yoruba dynastic family line, were established.

The next on the list of the most powerful African kings in history is Oba Ewuare.

As the ancestor of the Yoruba people, he was also referred to as Ewuare the Great. From 1440 to 1473, he served as the first king of the Benin Empire.

One of the earliest warrior kings in the West African region was Oba Ewuare. He took control over 201 neighboring towns and villages.

Together with his son, Oba Ozolua, who would eventually succeed him, he expanded international trade in Benin, erected opulent palaces, and developed a number of strategic plans that benefited his power.

During his rule, Benin’s artistic development flourished, and a number of cultural customs and festivals were established.

The first gold, silver, and bronze coins with the king’s image and slogan were produced by this Ethiopian king of the Axum kingdom.

From 270 until 300 CE, he lived. As the ruler of Nubia, also known as the Kingdom of old Meroe, Endubis is renowned for having done so. He had dominion over the Red Sea, Eritrea, the horn of Africa, and the Arabian plains.

His name, Tirhakah, alternatively means “young man” or “young warrior.” From 690 to 664 BCE, this Nubian monarch ruled Egypt as the final head of the 25th dynasty.

The largest African empire at the time was created when Taharqa combined the kingdoms of Egypt and Nubia.

This monarch restored the arts, oversaw various construction projects, and brought about a new period of peace and stability in the country.

According to Bible historians, Taharqa is identified as the Cushite King of Egypt who fought Sennacherib, king of Assyria, in 2 Kings 19:9 and Isaiah 37:9.

The final name on the list of the most powerful African kings in history is King Ezana who ruled the kingdom of Aksum, which is now Eritrea. He is honored for becoming the first monarch of Ethiopia to convert his entire realm to Christianity.

He played a significant role in the founding of the Ethiopian Church. Ezana is renowned for overthrowing the formidable rival kingdom of Meroe.

He imagined erecting a number of unusual buildings and obelisks (tall, pyramid-like monuments). Additionally, this king boosted global trade, which benefited the Axumian nation. In Greece and India, his coins have been found.

The history of the continent was significantly shaped by African kings. They promoted the spread of Islam and Christianity in the various areas in addition to aiding the slave trade.