10 Most Powerful African Queens in History 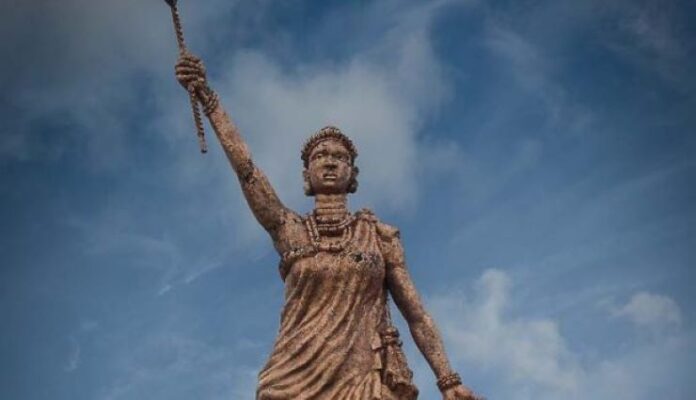 Many of the greatest world leaders came from Africa. It’s interesting that some of these rulers have been women who are recognized as the most powerful African queens and have proven to be leaders with strength, discernment, and accuracy.

African queens who made remarkable and lasting contributions to history made up the majority of these female leaders and they had an impact even after death.

The first queen on our list of the most powerful African queens in history is Queen Muhumuza and she was the spouse of King Kigeki IV of Rwanda. Her son was not permitted to succeed to the throne after her husband’s death in 1895.

She fled to Uganda in a state of uprising against the authorities. However, from 1908 until her death in 1945, she was taken prisoner and held by colonial powers.

She was noted for actively opposing colonial authorities and educating Rwandese women about their rights.

She is the mother of Shaka Zulu, one of the foremost monarchs of the Zulu nation, and one of the legendary African queens.

The Zulu empire had a significant impact on Southern Africa. When it came time to run the kingdom, she was respectful and confident. She is thought to have gotten pregnant unmarried and given birth to Shaka Zulu, according to historians.

She endured much humiliation but persisted in rearing her son, who was also King Senzangakhona’s son.

She had a significant impact on how the kingdom was administered, particularly when there was political unrest. She helped the king expand the kingdom’s boundaries over a 12-year period.

The Zulu people had a protracted mourning period following her passing as a method of paying their respects. This could be why she is regarded as one of the most powerful African queens in history.

Aminatu was a princess and a legendary Hausa warrior. She was the daughter of Bakwa Turunku. She is thought to have gotten her exact and aggressive attitude from her mother.

One of the original seven states of Hausaland, Zazzau, was created by her mother in the sixteenth century.

She was raised in a royal household and made the decision to use her military training to become one of her kingdom’s top fighters.

She expanded Zazzau’s borders and turned the city into a hub of trade in the West African and Saharan region with her expertise and cunning strategies. The defensive walls of Hausa land were built with beauty and intelligence. Her leadership was remarkable since it lasted for three decades.

Yaa Asantewaa of the Asante Kingdom is one of the most powerful African queens in history. She was in charge of the 1990 Ashanti uprising. It was also known as the Golden Stool War or the Yaa Asantewaa War against British colonialism.

In the Ashanti Confederacy, she is thought to have been born in 1840. (present-day Ghana). Before becoming Queen Mother in the 1880s, Yaa was an accomplished farmer.

She was chosen for the position by her older brother Nana Akwasi Afrane Okpase, a prominent leader at the time.

She was also the first and only woman in Asante history to be nominated by a number of regional Asante monarchs to serve as the war-leader of the Asante fighting force.

She frequently visited the front line where the Asante fighters were fighting to offer guidance and replenish supplies.

Her birthday was October 17, 1840, and she passed away on that same date in 1921. She became influential after being chosen by her brother Nana Akwasi of the Edwesu kingdom.

Makeda was one of the great African queens, according to the monarch epic of Ethiopia from the fourteenth century.

She is thought to have beaten snake King Awre, who was causing trouble for the Kingdom of Axum in northern Ethiopia. She won the conflict, and afterward was crowned queen of Axum.

She is one of the biblical African queens. She is well-known for her encounter with King Solomon of Jerusalem from the Bible. Together, they produced a son who they named Menelik 1, which means son of the wise.

Menelik 1 established the Aksûmite monarchs’ line and became Ethiopia’s first imperial ruler. She and her son reportedly brought the Ark of the Covenant back to Axum.

They were the ones who established the ancestry of the powerful monarchs of East Africa and Nubia.

6. Kandake – the empress of Ethiopia

She was also known as Candace, and during her leadership, she was widely recognized as one of the most dreaded generals.

Historians claim that she was strategic, fearless, and unified. She was regarded as having exceptional military leadership abilities, which helped her establish herself as one of the most formidable and ferocious female military tacticians.

She is one of the outstanding African queens of ancient Egypt. Queen Nefertiti was the picture of strength, beauty, and power, there’s no way one could over look these attributes and not add her to the list of the most powerful African queens in history.

The village of Akhmim or a state in modern-day Syria is where she is said to have been born, according to history.

Akhenaten, who ruled Egypt from 1353 to 1336 B.C., is thought to have wed her. Six children, including the well-known King Tutankhamun, were born to them.

The pair was well known for showing off their love in public, and by doing so, they altered culture. The image of the beauty was that of a strong, commanding woman.

She was the queen of Madagascar from 1788 to 1861, making her one of the historical African monarchs. She built Madagascar as an independent state throughout her 33-year rule.

It’s important to note that she vehemently opposed European colonialism. She defended the nation’s political and cultural autonomy as a consequence. She was a leader who showed loyalty to her country.

In the Yorubaland region of modern-day southwestern Nigeria, Queen Moremi was a legendary Yoruba monarch and legendary heroine.

She helped free the Yoruba kingdom of Ife from the nearby Ugbo Kingdom and this is one of the reasons why she remains one of the most powerful African queens in history. In the 12th century, Moremi married Oranmiyan, the son of Oduduwa, the first monarch of Ife and the ancestor of the Yoruba people.

According to legend, the Ile-Ife kingdom was at war with a neighboring tribe they knew as the Forest People. The inhabitants of Ile-Ife lacked the tools necessary for self-defense. This is due to the fact that the invaders, who appeared as masquerades totally covered in raffia leaves, were regarded as spirits by the inhabitants of Ife.

Cleopatra is not only one of the most powerful African queens in history but she is also one of the historical African queens of ancient Egypt is Queen Cleopatra. Her entire life served as an inspiration for many historians and storytellers, to the point where William Shakespeare based his renowned play Antony and Cleopatra on her life.

Around 69 B.C., she was born into a royal family. She and her brother took the throne following the death of their father, King Ptolemy XII.

Only 18 years old when she ascended to power, the beauty. Her bond with her brother, though, grew tense. Then, with the aid of Rome’s Julius Caesar, she assembled an army and destroyed her brother.

The two are thought to have conceived a kid together. After Caesar was killed, she met Marc Antony.

They had a relationship that serves as food for numerous storytellers. In 30 B.C., an Egyptian cobra bit her, and she later passed away.