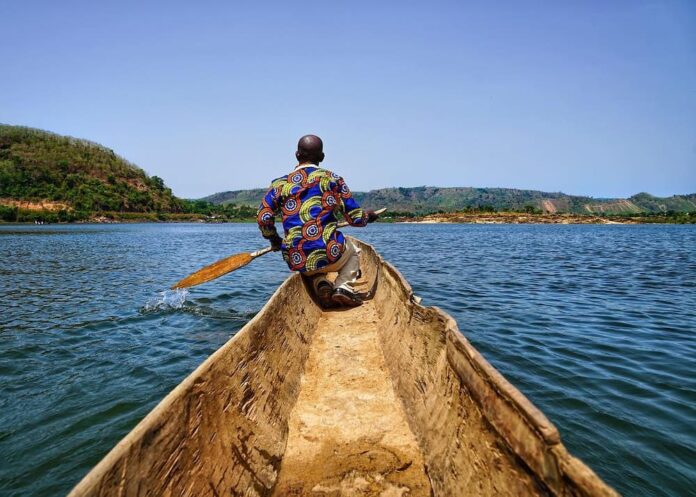 Arguably, one can believe that what connects most African countries is rivers.

These popular rivers in Africa serves as a source of fresh water, food, and transportation for millions of people.

African rivers are essential for the survival of millions of African wildlife. Without the rivers, Africa possibly wouldn’t have lions, rhinos, and other amazing species that the continent is known for.

In this article, we will highlight 10 popular rivers in Africa and some interesting facts about them

This 6000+ km long river in Africa connects a number of nations, including Egypt, Sudan, Ethiopia, Kenya, Uganda, Rwanda, and Burundi.

It connects East Africa and North Africa and not only is River Nile one of the popular rivers in Africa it is also the world’s longest river.

Another well-known story about the Nile includes a small child who was hidden in a basket to avoid harm. The infant was Moses, of course, and he managed to avoid the Pharaoh’s command to kill all male Hebrew infants in the Bible.

The White Nile, Blue Nile, and Atbara are its three major sources. Since the majority of the population of Egypt resides in the Nile valley, the Nile is regarded as the lifeblood of the nation.

Angola is where the Okavango originates from. The Rio Cubango, as it is known there, runs from the highlands through Angola, Namibia, and Botswana. The Okavango River does not enter the sea, in contrast to other popular rivers in Africa.

Instead, it expands, overflows its banks, and creates the largest inland delta in the world, covering more than 20,000 square kilometers of the Kalahari Desert in Botswana.

Discover it all on a Botswana safari to see how it generates the Okavango Delta, one of the best wildlife experiences on the globe.

The Okavango River and the Okavango Delta it forms are responsible for the Kalahari supporting one of the highest densities of wild African wildlife.

One of Africa’s most fascinating and breathtaking rivers is the Congo river. It flows through the second-largest rainforest in the world and is the second-longest river in Africa asides being one of the most popular rivers in Africa.

As it winds through dense woodlands where very few people have ever gone, the majority of it is still undiscovered.

In 1482, Diogo Co, a Portuguese adventurer, made his way into the Congo delta and claimed the region for his King.

Ironically, the Congo River and its basin are now regarded as being extremely essential to the ecological stability of Africa.

Congo River is the most pertinent tourist attraction in the country. The river separates the two Congos – Kinshasa and Brazzaville.

One of Africa’s most famous rivers, the powerful Zambezi flows across six nations before emptying into the Indian Ocean.

The Zambezi River meets a 100 m vertical chasm at the Zimbabwe-Zambia border, resulting in what the locals call “the smoke that thunders.”

The Zulu term “tugela” means “something that startles.”

It is Kwazulu Natal, South Africa’s major river. Tugela is one of the popular rivers in Africa and after Angel Falls in Venezuela, Tugela Falls is the second-highest waterfall on Earth at 948 meters.

Notwithstanding its length of almost 4700 km and traversal through eleven African nations, this river is largely unknown.

This African river, which has the distinction of one of the world’s most deadly rivers, killed about 30,000 animals and thousands of people in 2010 when its banks collapsed.

It is not just on the list of popular rivers in Africa, it is the main river in West Africa.

The Niger River originates in Guinea and flows through Niger, Mali, Benin, and Nigeria before widening to form a sizable delta. The majority of West Africa’s wildlife is supported by this river.

One of the main tributaries of the Zambezi River is the Luangwa River. It originates in northeastern Zambia and moves toward the Zambezi in a southwesterly direction.

The Kasai starts in Angola and stretches 1800 km before flowing into the Congo River.

The history of this river is not an entirely happy one due to the fact that slave traders used the Kasai to navigate equatorial rainforests then transport captured slaves back to the Atlantic Ocean.

Thankfully this history does not define the Kasai. This is another African river home to a wonderful array of wildlife.

The Orange river, which flows across the dry plains of Southern Africa, is a widely sought-after location for adventurers and wildlife aficionados.

Along the South Africa–Namibia border, one might decide to go rafting down this African river and see a beautiful variety of birds.