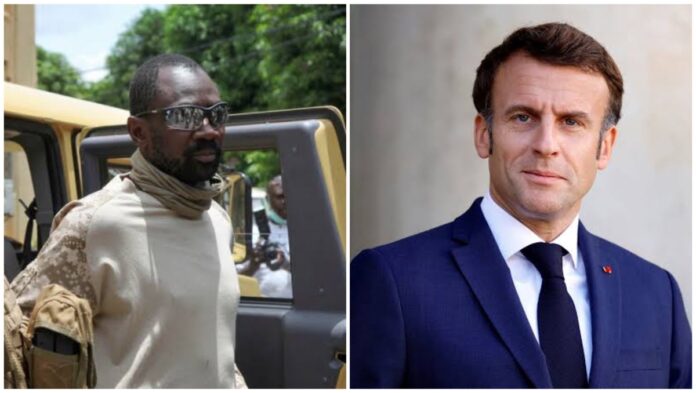 Mali’s military junta announced late Monday that it would ban the activities of all NGOs funded or supported by France, including those working in the humanitarian field.

This decision will likely affect many of the NGOs that France has continued to support for over a year despite the sudden deterioration in relations between the two countries.

Acting Prime Minister Colonel Abdallahi Maiga justified the decision in a statement published on social media following France’s recent announcement that it was suspending its official development aid to Mali.

Mali’s military junta seized power by force in August 2020 and has since denied using the Wagner group, a Russian security firm, whose military actions have been criticized in many countries.

The alleged use of this military group, among others, has since affected the relationship between Mali and France as both countries continue to cut ties on issues that once served as a binding effect for them.

The Quai d’Orsay specified that France maintained its “humanitarian aid” and some support for civil society organizations in Mali.

In his statement, Colonel Maiga denounced what he called “false allegations” and “a strategy aimed at deceiving and manipulating national and international public opinion to destabilize and isolate Mali”.

“As a result, the interim government has decided to immediately ban all activities by non-governmental organizations operating in Mali with financial or financial or technical support from France, including in the humanitarian field,” the statement said.

Many NGOs in Mali work in the areas of health, nutrition or education. The impoverished landlocked country has faced widespread jihadism and violence of all kinds since 2012, but is also facing a severe political and humanitarian crisis. Hundreds of thousands of people have been displaced by the conflict.

Since May 2021 and the second coup that consolidated their rule, the colonels have withdrawn from expelled France and the last of their soldiers left the country in August, after nine years of clashes with jihadists alongside the Malian army.

The colonels turned to Moscow militarily and diplomatically.

A group of NGOs including CCFD Terre-Solidaire, Handicap International, Médecins du Monde and Oxfam have expressed concern at the suspension of aid from France.

These NGOs, which receive much of this funding, panicked in a letter to President Emmanuel Macron that the withdrawal of these funds would lead to “the cessation of essential, even vital, activities (…) or poverty.”

They noted that 7.5 million Malians “or more than 35% of the population” need assistance and that Mali ranks 184th on the Human Development Index.