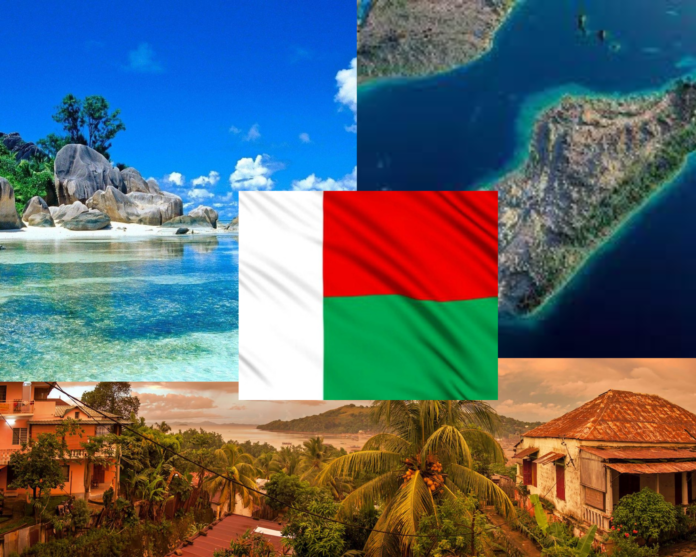 Madagascar is an island country in Africa. Positioned on the east and graphically appearing like a younger sibling. Madagascar gained immense popularity in the 21st century after the premier of The Disney super children show “Penguins of Madagascar”.

Madagascar is an island country in Africa. Positioned at the south and graphically appearing like a younger sibling. Madagascar gained immense popularity in the 21st century after the premiere of The Disney super children show “Penguins of Madagascar”.

The nation is home to around 30 million inhabitants and consists of the island of Madagascar (the fourth-largest island in the world), along with numerous smaller peripheral islands.

Apart from the fact that more than half of all the chameleons in the world reside in Madagascar, there are also more than 346 different species of reptiles here.

2. Madagascar is home to about 76 species of Lemurs

These tree-hopping, furry creatures might seem like they’re related to squirrels or cats, but they’re actually more closely related to you and me. Lemurs are primates, just like monkeys, apes, and humans. Over 30 different species of lemurs, including aye-ayes, live in Madagascar. They can travel up to 25 feet in one leap.

In real life, Madagascar has no lions, giraffes, zebras, or hippos. (The fossil record shows that hippos once lived on the island, but scientists think they went extinct about 1,000 years ago. These hippos, known as pygmy hippos, were much smaller than their African relatives.)

5. Madagascar is a former French Colony

Malagasy is the official and most commonly spoken language in Madagascar. French is also an official language and an important language in business. French is taught in some schools, while English and Italian are also spoken in tourist areas. Madagascar gained its independence in 1960.