6 Most Expensive Diamonds From Africa 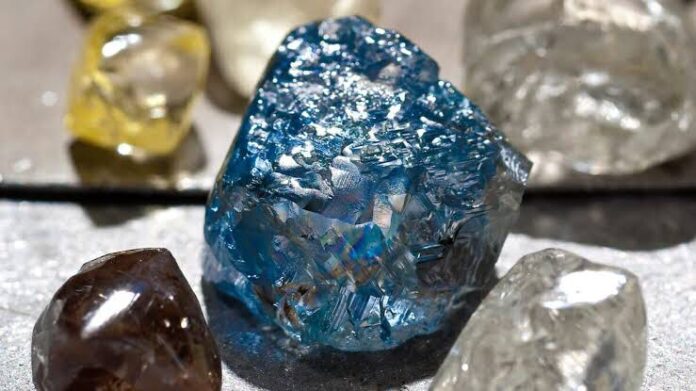 Here’s a list of the 6 most expensive diamonds from Africa and how much they are worth:

Joseph Lau, a Hong Kong businessman and wanted felon paid 9.5 million for this recently discovered diamond, which he dubbed the Blue Moon of Josephine after his 7-year-old daughter.

The diamond is being sold for $48.4 million and it was mined in the Cullinan mine in South Africa.

In an auction held in Hong Kong in October 2022, the diamond fetched $49.9 million, more than double the amount predicted.

Additionally, it established a new record for the greatest carat price paid for a diamond sold at auction.

Williamson pink star weighs 11.15 karats, which is around 5 times less than Steinmetz pink but only roughly 1.5 times less expensive. It is currently ranked as the second-most expensive diamond or jewel ever sold at auction.

This blue diamond is among the most valuable diamonds to have ever been sold. The price of the 15.10-carat precious stone is $57.4 million.

It was discovered by Petra Diamonds in April 2021 at Cullinan mine in South Africa. The De Beers Blue is the biggest vivid blue diamond to ever be offered for sale. It was bought and sold separately at a Hong Kong Sotheby’s Pacific Place gallery auction.

This blue diamond is the most expensive of all blue diamonds from Africa and the world at large, which are undoubtedly the rarest jewels on earth.

It was purchased for $57.5 million, making it the most valuable diamond ever to transact at an auction until the Steinmetz Pink overtook it in 2017.

Prior to being sold to an unidentified buyer, Philip Oppenheimer, a mining magnate, owned it. The stone was discovered during the 20th century in South Africa.

This diamond was also mined in 1999 in South Africa by the De Beers firm. It is 59.60 carats in weight and has stunning, vibrant pink spots. Due to the diamond’s apparent rarity, Steinmetz Diamonds needed 20 months to cut the stone.

At a 2003 event in Monaco, the Pink star was presented. On November 13, 2013, Sotheby’s Geneva held an auction for the diamond, which was later sold for $71.2 million to Chow Tai Fook Enterprises in Hong Kong.

Using its X-ray imaging technique, the Premier Mine in South Africa found this beautiful stone. The diamond was found on July 17, 1986 and was given as part of the De Beers Consolidated Mines’ centennial celebration in May 1988.

Although it is now unknown where the diamond is or who its current owners are, some people think it is still with De Beers and others think it was sold.

In June 2008, the gem was allegedly sold to an American-born 18-year-old businessman of British and Israeli descent. De Beers, though, has steadfastly declined to provide any details.

Share
Facebook
Twitter
Pinterest
WhatsApp
Previous article
“Even If I Retire You Still Can’t Attain My Wealth, Address Me As Sir or Daddy– Wizkid Says To Peers
Next article
5 interesting facts about the Xhosa Tribe