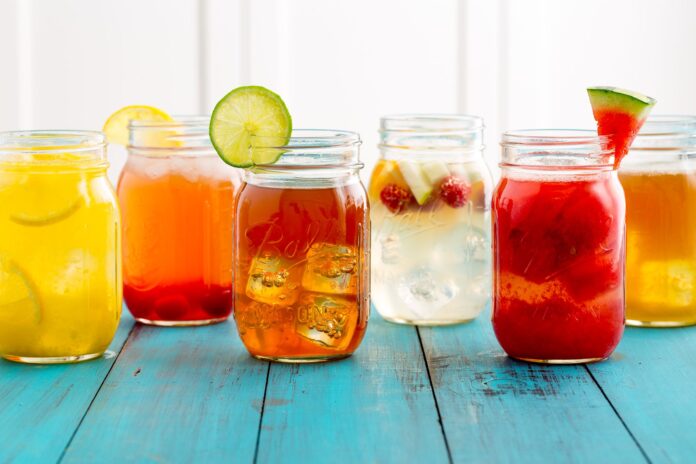 Not every time food, in this post we highlight 10 popular African Non-alcoholic drinks worth the hype.

Mazagran, often referred to as the “original ice coffee,” is made by mixing coffee with ice.

The beverage is typically served in a tall, thin glass or a porcelain or clay glass. According to research, it’s claimed that the name comes from Mazagran, a port city in Algeria that France received as part of the Treaty of Tafna in 1837.

While the actual origins of the beverage are unknown, it is generally accepted that French troops stationed at Mazagran drank a similar concoction of coffee and water to beat the heat and since sugar and water were not readily accessible.

Later, the beverage expanded mostly to France, however there are other comparable and more widely used variations in Portugal and Austria.

Amasi is a popular traditional fermented milk drink from South Africa that has many beneficial nutrients, which is one of the things that make it so popular.

Among the numerous African non-alcoholic drinks to choose from, this one is indeed a delight.

It has a thick and creamy texture and a tangy, milky flavor that some have compared to a cross between yogurt and cottage cheese.

Amasi is a fantastic source of protein, calcium, iron, magnesium, and probiotic microorganisms. It can be consumed on its own or, for added sweetness, in combination with honey and fruit.

The name varies depending on the nation; for example, it is known as sorrel in the Caribbean and karkade in Sudan.

Zobo is one of the tastier African non-alcoholic drinks that can be used to control blood pressure, lower cholesterol, and relieve stress and is produced with water, dried roselle leaves, garlic, ginger, and pineapple.

Senegalese Café Touba is a hot, peppery coffee. Selim, also known as Guinea pepper, Kani pepper, Kili pepper, or djar, is a spice that is normally used in place of pepper in the preparation of coffee.

Cloves are another essential in the mixture of this drink. The coffee is made from the powder, typically using a filter, and then customarily poured between two vessels several times.

Researchers claim that the Sufi Mouride Brotherhood’s Cheikh Amadou Bamba Mbacke, who also founded the city of Touba, is credited with creating the beverage.

The delightful beverage sobolo, commonly referred to as hibiscus tea, is indigenous to Ghana. It can be prepared from either the leaves or the blooms of the West African-native hibiscus species known as roselle.

This drink is similar to what Nigerians call Zobo.

After steeping the leaves or flowers in hot water until the liquid turns red, it is filtered, sweetened, and allowed to cool.

Sobolo often has a dark purple-red hue, and its flavor has been compared to cranberry juice and grape juice. It offers many health advantages, including lowering cholesterol and blood pressure while also assisting in weight loss.

The indigenous Mucubal community is noted for raising its own cattle (the Mucubi cattle), which provides them with cow’s milk that is then stored for prolonged usage.

This tradition has given rise to their long-standing process of preparing this sour milk known as leite azedo.

The milk is normally churned for about 30 minutes after being allowed to ferment for hours.

If you’re considering having African non-alcoholic drinks, then this is also a good option to go for.

Oshikundu is a fermented African non-alcoholic drink that originates in Namibia. Mahangu, sorghum flour, water, and typically pearl millet bran are all ingredients used to make it.

The mixture is allowed to ferment for a number of hours at room temperature. The end product has a thick texture and a brown tint. It is wholesome and has a limited shelf life. Oshikundu is a popular daily beverage that is typically home-brewed.

The most popular name for the heavily sweetened blend of green tea and fresh spearmint is “Maghrebi mint tea.”

Although mint tea is frequently consumed throughout the Maghreb region of North Africa, it is most closely identified with Morocco.

In the traditional method, the tea is steeped in berrad teapots to create the “spirit,” which is then preserved for later use. The tea spirit and water are added after the leaves have been washed and brewed.