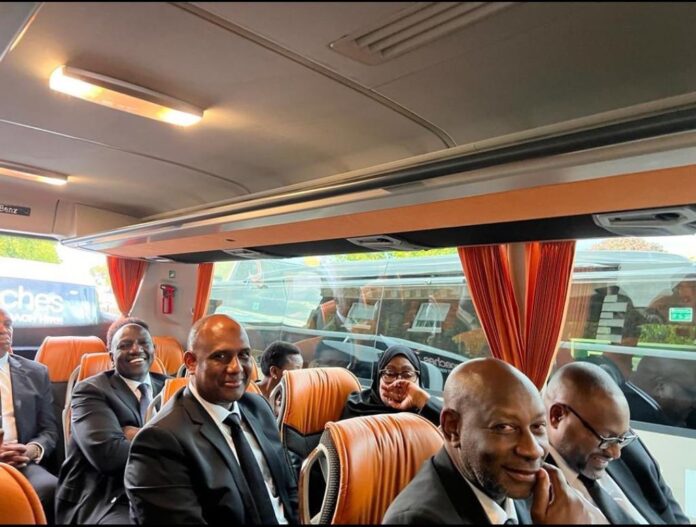 Video footage of US President Joe Biden arriving in his motorcade for the Queen’s funeral while other heads of state, especially Africans, had to travel together by bus has gone viral on social media.

The short video shows several cars in Biden’s motorcade as large buses follow them to Buckingham Palace. The video has been viewed over half a million times so far.

The video released on Monday was captioned: “Our leaders have gone to Britain and are being treated the way they treat us.”

Biden was criticized for being escorted to the queen’s funeral in such a manner, while other world leaders traveled together in these large buses.

Other images circulate on social media showing African leaders being transported on these buses as Biden was escorted by several cars.

“President William Ruto [of Kenya] and other African leaders in a bus against Joe Biden’s American motorcade as they head to Buckingham Palace in honor of Queen Elizabeth II,” the Kenyan publication wrote in a caption.

Alinur Mohamed, an aspiring politician according to his Twitter bio, also drew attention to these images.

“African leaders on a bus in the UK are being treated as they are treating us after being invited to attend Her Majesty Queen Elizabeth II’s funeral,” he tweeted.