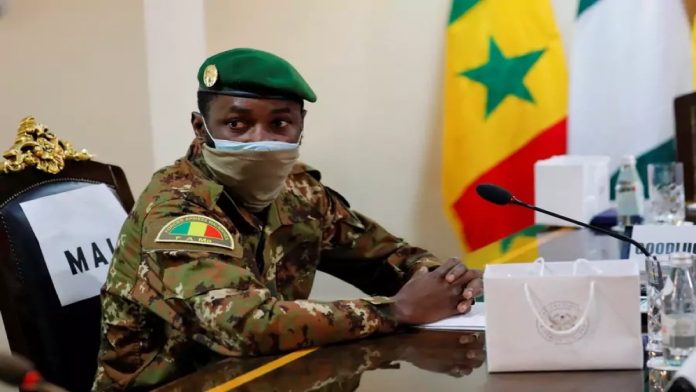 Following an August 2020 coup and a failure to reach an earlier schedule for elections that resulted in economic sanctions, Mali’s military authorities have suggested restoring civilian power in two years, a time frame said to be in 2024.

Colonel Assimi Goita, the military leader, signed an order on Monday that stated, “The timeframe of the transition is fixed at 24 months (from) March 26, 2022.”

After the military seized control in a first coup in August 2020 and failed to hold elections in February, the Economic Community of West African States imposed sanctions (ECOWAS). In May of last year, Goita deposed an interim civilian administration and took over the presidency.

The directive came after an “advanced stage of negotiations with ECOWAS,” according to the military, and Mali hoped sanctions would be withdrawn.
“The promulgation of this decree demonstrates [Malian] authorities’ desire to engage in dialogue with ECOWAS,” said a spokeswoman who read out the decree.

The ECOWAS Commission did not respond to a request for comment on the 24-month ruling issued on Monday. The length of the transition has strained relations with Mali’s allies, especially the US and former colonial power France.

The 24-month decree has been communicated to the ECOWAS mediator on the situation, former Nigerian President Good-luck Jonathan, as well as chiefs of state, according to Maiga.

“We are hopeful that the sanctions will be withdrawn soon,” he added, adding that an election schedule would be released later.

Over the weekend, West African heads of state met in Accra, Ghana’s capital, to discuss the situation. They agreed not to lift sanctions, which include border closures and financial transaction restrictions, unless interim leaders proposed a faster transition.

Another summit between the leaders is expected before July 3. ECOWAS has sanctioned military regimes in Burkina Faso and Guinea, both neighbors, for delaying democratic transitions.

Read also; South African President Reacts After Being Accused of Theft and Kidnapping