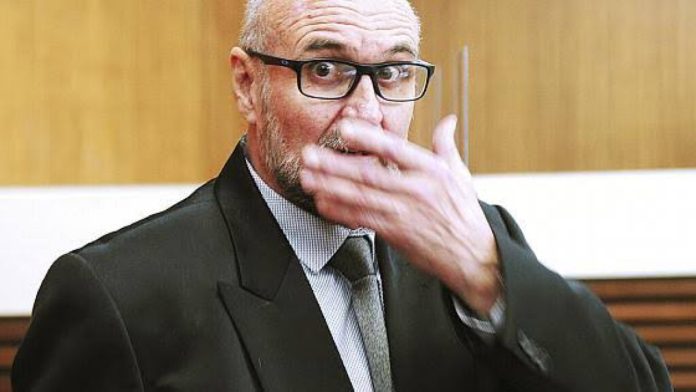 A South African court has found a preacher, Harry Knoesen guilty of planning to topple the government and murder thousands of black South Africans.

On Monday, 61-year-old Harry Johannes Knoesen, a leader of the National Christian Resistance Movement, was convicted guilty of high treason, incitement to carry out violent actions, and recruiting people to carry out assaults.

According to the prosecution, Knoesen’s organization looked into the idea of employing a biological weapon to infect and kill Black people, including poisoning water reservoirs that supply Black areas.

The Middelburg High Court also found Knoesen guilty of illegally possessing guns. When he was apprehended in Middelburg, a tiny town in the eastern Mpumalanga province, weapons and ammunition were discovered in his possession.

South African police and intelligence agencies disrupted the pastor and his group’s plot in 2019, and have since disbanded the organization’s cells around the country and detained several of its leaders.

Knoesen was found guilty based on testimony from witnesses, including members of his group who are already serving prison sentences for similar offenses.

The state claimed that Knoesen’s plot was motivated by his “extremely racial ideas” and that he tried to justify his convictions by stating that he was anointed to “reclaim South Africa for white people” through religion.

The Associated Press quoted Monica Nyuswa, a spokesman for the National Prosecuting Authority, as saying, “To pursue this objective, he wanted to attack government institutions, more notably police and military organizations.”

He also mentioned townships and informal settlements populated by Black South Africans as prospective targets for attack, according to Nyuswa.

Knoesen is accused of promoting violence against African-Americans on Facebook and recruiting former South African military personnel to join his movement and carry out the crimes. The plot was halted when he was captured in November 2019, and the cells in various parts of the country were dismantled.

According to the Middelburg Observer newspaper, Knoesen revealed in his evidence that he shared “recipes” for making bombs with his Facebook followers.

This isn’t the first time in South Africa that a racist, traitorous scheme has been discovered.

Recall that Twenty members of the right-wing white supremacy organisation known as the Boeremag were condemned to prison in 2013 for preparing to assassinate South Africa’s first Black president Nelson Mandela, destroy the government, and murder tens of thousands of Black people.

Following a 10-year treason trial, one of the country’s longest, they were given penalties ranging from five to 35 years.

Read also; South African President Reacts After Being Accused of Theft and Kidnapping