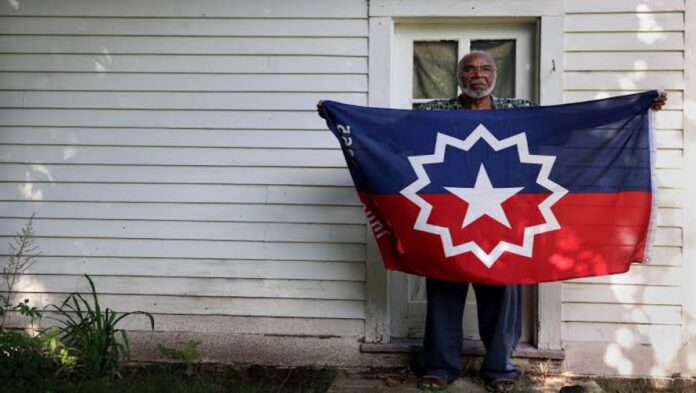 Four US states have voted to remove a provision from their constitutions that says slavery is legal as a criminal punishment.

However, Louisiana voted to keep the slavery exception after the legislature that sponsored the ballot initiative opposed it.

Edmund Jordan said he recognized that this measure could inadvertently expand slavery.

Supporters of the initiative say there is a need to prevent abuse of prisoners.

They hope to remove the same Thirteenth Amendment exception from the United States Constitution that abolished slavery but retained a loophole.

Alabama, Oregon, Tennessee, and Vermont on Tuesday voted to remove the exceptions allowing slavery or involuntary servitude from their constitutions and outlaw slavery altogether.

Although, after all, votes were tallied in Tuesday’s midterm elections, six out of 10 voters in Louisiana opposed the change.

According to experts, around 800,000 prisoners are currently working for little or nothing. Seven states do not pay prison staff salaries for most work assignments, and inmates can be fined if they refuse to work.

Jordan, the Democrat state representative for the city of Baton Rouge, said he withdrew his initial support for the measure after a closer reading of the proposed law led him to believe it may have already expanded protections against slavery.

Currently the law states that “slavery and involuntary servitude are forbidden except in the latter case as punishment for a crime”.

His proposal would have deleted the phrase “except in the latter case as a penalty for a criminal offence” and added a paragraph stating that the measure “does not apply to statutory criminal justice”.

He says “slavery” is currently prohibited by law, but the use of the word “last” in current law means “involuntary servitude” is still technically legal as a punishment.