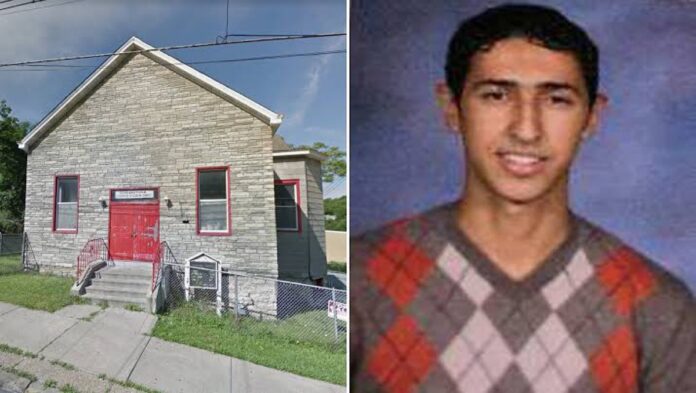 A Pennsylvania court sentenced 24-year-old Syrian-American, Mustafa Mousab Al-Awaimer to more than 17 years (208 months) in federal prison for his plan to bomb a Nigerian church in Pittsburgh.

The 24-year-old who moved from Syria to the United States in 2016 as a refugee is said to be a member of the feared terrorist organization, The Islamic State (ISIS).

The U.S. Department of Justice said Allwemer pleaded guilty on Sept. 16, 2021 in the Western District of Pennsylvania to attempting to materially supporting ISIS in connection with its plan to attack a Nigerian church in Pittsburgh identified as “Christian Church of Nigeria.”

“Alwemer has admitted planning a deadly attack on a church in Pittsburgh on behalf of ISIS,” Matthew J. Olsen, assistant attorney general for the Department of Homeland Security, said in a statement.

“The Department of Homeland Security was created to protect the nation from terrorist threats, and we remain vigilant to those planning violent attacks on American soil to promote extremist ideologies,” he said.

U.S. Attorney for the Western District of Pennsylvania, Cindy K. Chung, said: “The defendant’s plan to blow up a church in Pittsburgh and risk death or injury to residents in the name of ISIS, was thwarted by the extraordinary work of the Pittsburgh Joint Terror Task Force. Our office will continue to hold accountable those who threaten the security of our communities.”

Court documents showed that Alwemer planned to use an explosive device to blow up the Nigerian church on the north side of Pittsburgh.

The U.S. Department of Justice said in a statement that Alwemer’s motive for conducting such an attack was to support the cause of ISIS and to inspire other ISIS supporters in the United States to unite and commit similar acts on behalf of ISIS.

The statement notes that in support of the church bombing in May 2019, Alowemer distributed various intelligence documents regarding the construction and use of explosives and IEDs to an individual believed to be an ISIS supporter who, however, in reality, was an FBI employee.

He distributed the documents with the intention of using the information to assemble a destructive device and aid in an attack in support of ISIS in June 2019.

He bought several items, including nails and acetone (nail polish remover), believing them necessary to assemble a destructive device and intending to use them to create explosives to be detonated near the church.