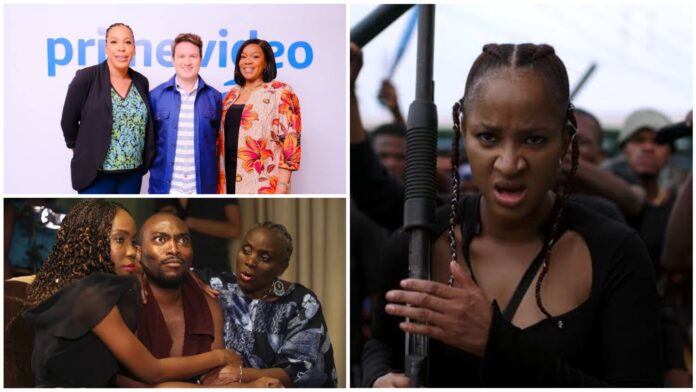 Amazon Prime Video has announced the launch of the localized version of its streaming service in Nigeria, one of the biggest markets in Africa.

As it did in Southeast Asia a few days ago, the tech giant is looking to expand its subscriber drive into new markets like Africa by increasing its investments in local manufacturing, unveiling a variety of localized originals and introducing customers to discounted Amazon Prime membership.

Amazon Prime Video launched in Africa in 2016 as part of its global campaign to over 200 countries around the world, bringing serious competition to Netflix’s global plan launched the same year.

However, versions of the service available in the region never came with the local language interfaces, closed captioning and original content offerings typical of more developed markets.

That is changing today in Nigeria and across Africa as the company plans to enter other markets such as South Africa.

In a tweet from its official Prime Video Naija account, the company said that Nigerian customers can stream over 20,000 original TV shows and movies on its ecosystem, such as The Boys, All or Nothing, Reacher, and “All the old knives,” on the platform, at the service costs £2,300/month (~$4) after a seven-day trial.

So, for the first time, users in Nigeria can subscribe to Prime Video using their local currency, and unlike most who have accessed the platform for region-specific content in the past, they don’t need a VPN to stream content on the service.

Prime Video and other streaming services like Netflix, Disney+, Canal+ and Showmax are vying for the projected 15 million video-on-demand subscribers in Africa by 2026.

According to Digital TV Research, an analytics company, Prime Video has 600,000 subscribers in Africa and could add 1.5 million new subscribers over the next four years, compared to Netflix’s 3 million subscribers.

Amazon Prime Video’s first Nigerian show is Gangs of Lagos, a local original crime action film that follows the lives of three friends as they navigate the streets of Isale Eko in Lagos, Nigeria’s commercial city, still to be released this year.