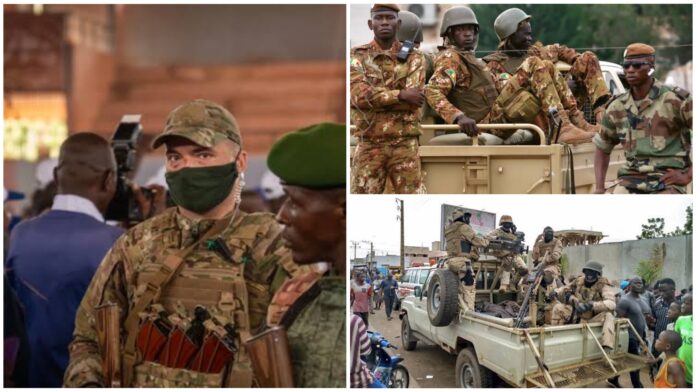 According to reports, a group of Malian forces and “white-skinned soldiers” arrested 33 civilians in central Mali in March, who were later found shot and burned to death.

In a report by the UN Security Council, it was revealed that the forces kidnapped and allegedly killed individuals in Mali, with the involvement of “White skinned” personnel.

Although, the report does not identify the “white soldiers” accused of arresting older men and boys, tying their hands behind their backs, and blindfolding them in a small Malian village.

However, the involvement of the Malian troops has been in question, as they were accused of beating the supposed kidnapped men and taking 29 Mauritanians and 4 Malians hostage.

“The women waited for the men to return, but were notified a day later by relatives that the men’s bodies had been found 4 km away. The men were shot and then burned,” the UN monitors wrote, citing testimonies they received.

Mali is struggling to contain an Islamic insurgency that took root after a 2012 uprising and has since spread to neighboring countries, killing thousands and displacing millions in the Sahel, West Africa.

A UN peacekeeping mission was sent in 2013 to help foreign and local troops fighting the militants.

Mali’s military leaders seized power in an August 2020 coup, feuding with regional neighbors and international partners over election delays, alleged abuses by the army and collaboration with Russian mercenaries.

Mali’s ruling junta did not immediately respond to a request for comment on the UN sanctions monitors report on Friday.

Russia’s Wagner Group began providing hundreds of fighters supporting the Malian military last year, and has since been accused by human rights groups and residents of involvement in massacres of civilians.

Wagner has no public representation and has not commented on allegations of human rights violations.