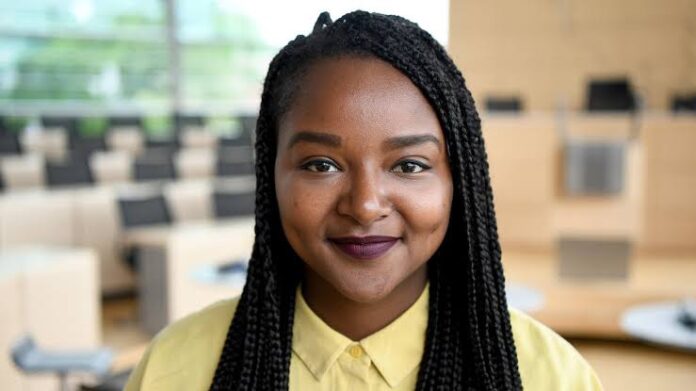 Aminata Touré, the daughter of two refugees from Mali, has become the first black member of a state government in Germany.

Aminata Touré became the first black member of a state government when she was sworn in as minister for Social Affairs, Youth, Family, Seniors, Integration, and Equality in the northern German state of Schleswig-Holstein in June.

Toure, a Green (political party in Germany) and the daughter of refugees from Mali, told German media she saw her role as “special”, given the numerous messages she has received from people who said her appointment “meant a lot to them”.

Toure, 29, said she will also use the opportunity to fight for equality and against right-wing extremism.

These questions have shaped her since she was elected to the Schleswig-Holstein state parliament in 2017.

It’s not the first time Toure has made a political debut. In 2019, she was the first and youngest black politician from one of 16 federal states to be elected vice president of the state parliament.

Toure was born in 1992 in Neumünster, a medium-sized industrial town in the far north of Germany, where her parents settled after fleeing Mali. She spent the first five years of her life in a refugee camp and finally received German citizenship at age 12.

Toure uses the term Afro-German to refer to herself; a term which defines her as a person with roots in Africa but born in Germany.

“I’ve always had both worlds inside me,” she said. “At some point, I didn’t want to have to choose between countries anymore. So, I use a term coined by a feminist movement of black women here in Germany: Afro-German.”

Her family’s fear of deportation shaped her decision to get involved in politics, and so she joined the Greens in 2012 — the same year she studied political science and French in Germany.

Toure has long been committed to a better and faster integration of refugees in Germany. This attitude has since brought her several oppositions and caused an increase in anonymous threats.

However, the young star of German politics is not intimidated by this. Her political will to succeed was strengthened by her parents, who never stopped telling her that, as a member of a minority, she had to give 200% when others gave 100%.

“I wish for a society where you don’t have to give twice as much just because you’re different,” Touré explained.

Politics, she said, must also be done by people who understand the perspective of those who are still underrepresented in society.