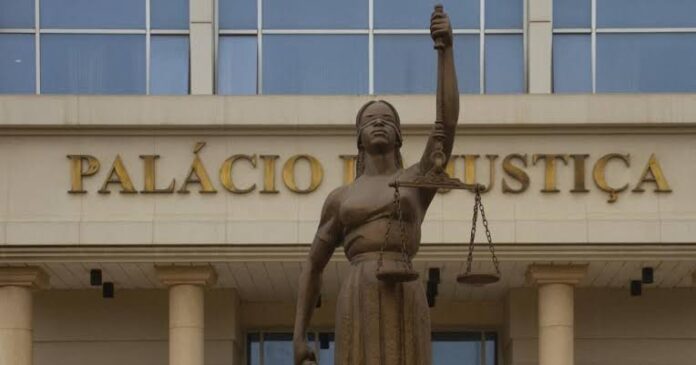 The trial of 49 military and state security agents accused of corruption, embezzlement and abuse of power in a multimillion-dollar case opened in Angola on Tuesday.

AFP notes that many of the accused were in office during the reign of former president José Eduardo dos Santos, who was recently hospitalized in Barcelona.

Interestingly, the former head of state, who has been in power for 38 years, is accused of wasting the country’s resources for his personal gain and that of his family.

His successor, João Lourenço, has launched a major anti-corruption campaign since his election in 2017 and is expected to continue as he is running in the upcoming presidential elections, which are scheduled for August 2022.

According to reports, the hearing opened under heavy security in a suburb of the capital of Angola, Luanda.

However, AFP notes that the country’s courts are “too small for the trial,” which has 30 lawyers and 213 witnesses. So rather than being held in a courtroom, sources claim that it was moved to a conference center.

During the investigation, large sums of money, including foreign currency, were found hidden in suitcases and boxes, supposedly owned by some of the accused.

Although several defense lawyers have already denounced irregularities in the process, Helder Chihuto, a member of the opposition, claimed that the accused are “little fish” whose brains still elude justice.

So far, the accused face between 15 and 20 years in prison.

Recall that Manuel Rabelais, former Minister of Communications under the previous regime, was arrested in October 2020 and convicted by the Supreme Court of Luanda for money laundering and embezzlement of public funds.

The former minister was found guilty of embezzling €98 million between 2016 and 2017 through a marketing company he ran.

João Lourenço who has vowed to root out widespread theft of public funds and transform the economy of Africa’s second-largest oil producer has since sacked several former government officials, including Isabel Dos Santos, daughter of President Dos Santos, who ran the national oil company Sonangol.

The fight against corruption in Angola became an international subject in August 2020, when José Filomeno dos Santos, the former president’s son, was sentenced to five years in prison for embezzling funds from Angola’s sovereign wealth fund, which he oversaw from 2013 to 2018.