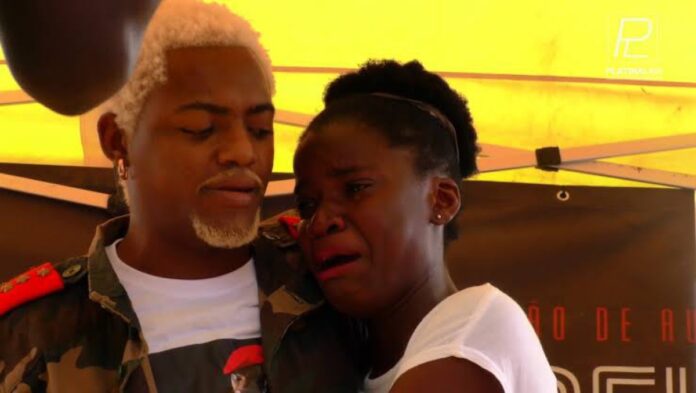 The director of the hospital, ‘D. Alexandre do Nascimento’ confirmed the death of Angolan musician, Gelson Cayo Manuel Mendez popularly known as “Nagrelha” from the band, ‘Os Lambos,’ at the age of 36.

In June, the musician, Nagrelha was admitted to a ward in Luanda, after which he traveled to the city of Porto, in Portugal, to treat respiratory problems.

Negrelha, who calls himself the “General Staff” of Kodoro, is one of the most influential musicians in Angolan national music and has electrified crowds on the streets and stages across the country.

In 2012 he married dancer Weza Mendes, a former member of the group “Foguentas”.

Last December, the Kudurist was the winner of the first edition of the Angolan reality show Luta Pela Fama, receiving as a prize a T3 residence in the Infinity Gold residential complex, in Luanda, Angola.

The Kudurist, who abstained from public appearances, was also known as “Nanã” and began his artistic career in 2003 in the group “Os Lambas”, also called “Os Deônios do Sambizanga”.

The son of a Santomian father and an Angolan mother, he was raised in his maternal grandmother’s house and was raised by his mother and uncles in the Sambizanga neighborhood.

In 2017 Nagrelha released his first solo album “Arquiteto da paz”, a tribute to the President of the Republic, José Eduardo dos Santos.