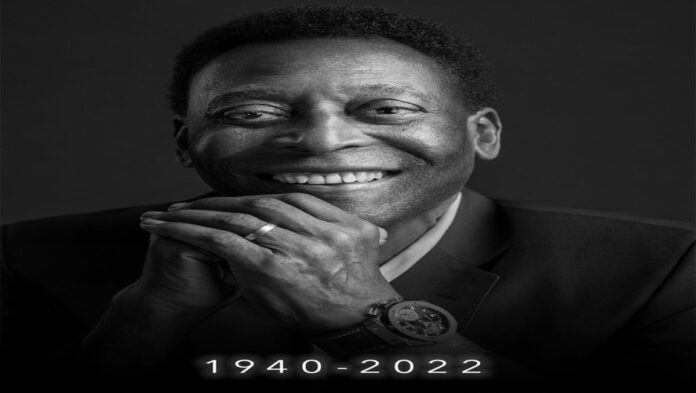 Pelé, the Brazilian football legend whose captivating skills and sportsmanship ensured he was considered one of football’s greatest players, has died aged 82.

Pelé, who had a colonic polyp removed in 2021, returned to Albert Einstein Hospital in São Paulo in November due to deteriorating health. Following reports of his end-of-life care, Pele said in a social media post on December 3 that he was “feeling strong, with a lot of hope”.

Another statement from the hospital on December 21 said that Pele “requires further treatment for kidney and heart abnormalities” after he “developed” colon cancer.

Posts on social networks by his daughter Kelly Nascimento showed that family members gathered at the hospital to spend Christmas with him.

The Brazilian all-time top goalscorer won three World Cups as a player, in 1958, 1962, and 1970, over a 14-year international career that included 77 goals in 92 appearances for his country.

Nicknamed “The Black Pearl” and “The King”, Pelé was one of only three players to score in four World Cup finals. In 1,363 top division games, he had 1,281 runs when he retired in 1977, more than double that of his nearest rival.

Born Edson Arantes do Nascimento on October 23, 1940, Pelé started his professional career at the age of 15 and made his international debut a year later.

In 1999, he was named one of the best players of the century in a Ballon d’Or winners poll and Time magazine named him one of the 100 most influential people of the 20th century.