Singer, Burna Boy Opens Up On Why He Has No Child At 31 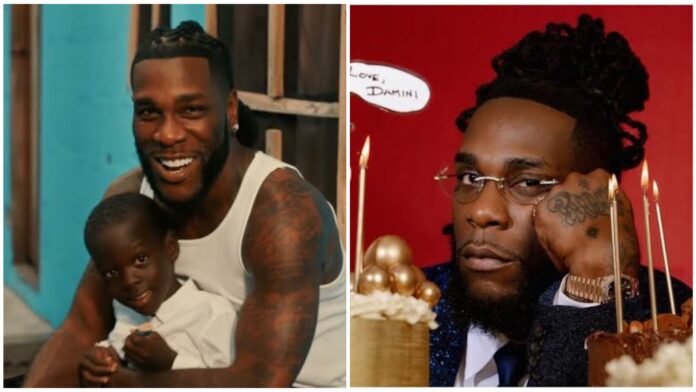 Nigerian musician, Damini Ebunoluwa Ogulu, best known for his stage performance as Burna Boy, has revealed why he still has no children at age 31.

“When you turn 31, and you don’t have kids, everything is good and bad at the same time. You think, and then you become as brilliant as possible.”

In a previous interview, he revealed that he doesn’t have children yet because he wants to be stable first.

“I just want to be a good father to my children, as my parents were and still are to my sisters and me. Until I am confident that I can be stable and come to terms with the mother of my children, I cannot have children. ”

In other news, Burna Boy’s track Last Last has soared to the top of the Billboard Hot 100. ‘Last Last’, released on Friday, May 13, 2022, is a single from his latest star-studded studio album. ‘Love, Damini’, which garnered impressive numbers on major music streaming platforms.

The Chopstix-produced masterpiece, which debuted last week at No.