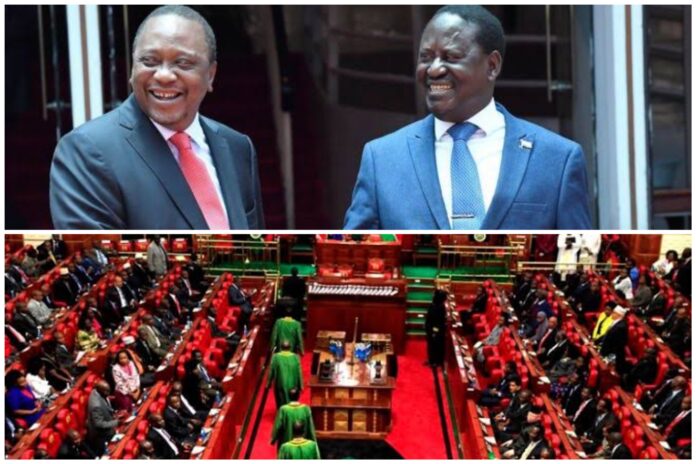 The Salaries and Remuneration Commission (SRC) added that it is ready to fight lawmakers in court if they again challenge Thursday’s decision to abolish attendance fees for plenary sessions, which has put them on a new collision course with the choice after August 9th.

The body said 382 million Kenyan shillings ($3.2 million, £2.6 million) a year would be saved by the cuts, which will affect 416 members of the Lower and Upper Parliament.

Kenyan lawmakers are among the highest paid in the world, with a monthly taxable salary of around $5,000 plus generous subsidies.

The commission said the cuts would save taxpayers more than a billion shillings a year in meeting allowances earned in committees. But the SRC rained down fees from committee meetings.

Deputies earn around 5,000 shillings per session and the elimination of subsidies for plenary sessions in the National Assembly and Senate is intended to ease pressure on the public sector wage bill, which currently stands at 930.5 billion shillings a year.

The changes, which will begin with lawmakers elected in the Aug. 9 election, are likely to open a round of clashes, however, as lawmakers have successfully challenged similar SRC decisions in the past.
To soften the blow, the SRC raised the base salary of legislators by Sh134,000 to Sh710,000.

“The fee for participation in plenary sessions will be abolished and will no longer be payable,” SRC President Lyn Mengich said on Thursday.

The SRC has seen lawmakers successfully challenge the abolition of their membership fees in the past, raising fears that members of the 13th Parliament will go to court once they take office.

The Commission abolished seat allowances for legislators in July 2017, reduced the basic salary by Sh90,000 to Sh621,250 and scrapped the Sh5million car allowance given to each legislator.

Meanwhile the Supreme Court rejected the changes following a petition from lawmakers who accused the SRC of undermining the work of the 12th Parliament and interfering with its constitutional mandate.

Kenyan lawmakers are among the highest paid in the world and are drawing public outrage in an economy struggling with high unemployment and near-stagnant salaries for public servants.

The SRC reviews the compensation of government officials. The commission will review legislators’ salaries next year before the start of the 2023/24 fiscal year.

However, the commission will set daily rates for lawmakers for international and domestic travel starting next month, which appears to be reducing their monthly earnings.