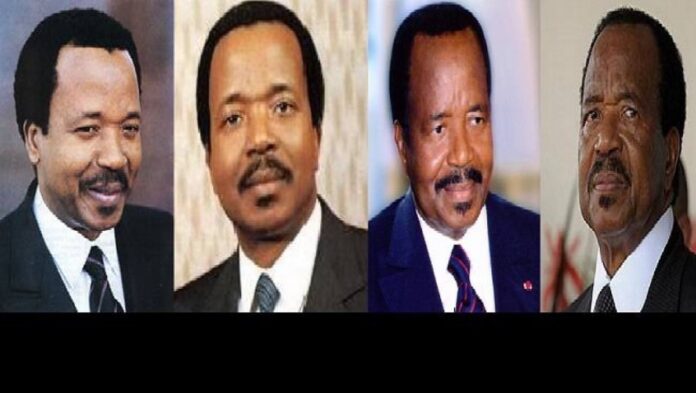 Cameroon’s President Paul Biya celebrated his 40th birthday on Sunday but has stayed out of the spotlight as the 89-year-old is the only leader known across the Central African country for decades.

Thousands of his supporters gathered in the capital Yaoundé to celebrate his birthday, but there were only huge photos of the absent president lifted by his supporters.

Biya has not been seen in public since French President Emmanuel Macron’s visit in July. Decrees and photos of Biya receiving various diplomats are regularly posted on the president’s social media accounts.

“Since our father took power, we have lived in peace – he protects us very well,” Paul Ambasa, a Biya fan, said on Sunday. “God protect you.”

Although critics of the Biya regime dressed in black amid Sunday’s celebrations.

“November 6 is considered a day of national mourning because Biya inherited a rich, prosperous and growing country,” said critic Darling Njifu. “He set out to dismantle all areas of life and society.”

Biya is Africa’s second-longest-serving head of state, second only to Equatorial Guinea’s president, Teodoro Obiang Nguema Mbasogo who has been in power since 1979.

Also, read; Tanzania gets Deeper In Agreements With China As The Country Signs 15 New Deals On Trade Relations

Biya was prime minister of Cameroon and became president in 1982 after his predecessor, Cameroon’s first president after the country’s independence from France, resigned due to ill health.

Most of Biya’s appointments in the years that followed were for members of his southern Betty ethnic group, who soon came to dominate the positions of governors and prime minister.

He survived the 1984 coup attempt. When the country’s first multiparty elections were finally held in 1992, Biya edged out his opposition rival by just 4 percentage points.

In the decades that followed, Biya’s party used everything from corruption to redistribution to amplify its victories and the ruling party’s parliamentary majority, according to local political analysts.

Human rights groups accused him of brazen tactics used by those in power, including torturing and intimidating his opponents.

Biya has faced challenges in recent years, from a separatist movement in the English-speaking provinces of Cameroon to a threat from Islamic extremists in the north allied with Nigeria-based Boko Haram.

Critics point to the role corruption has played in solidifying the Biya regime, with the loot reportedly going to his government allies, the security forces and the president’s family.