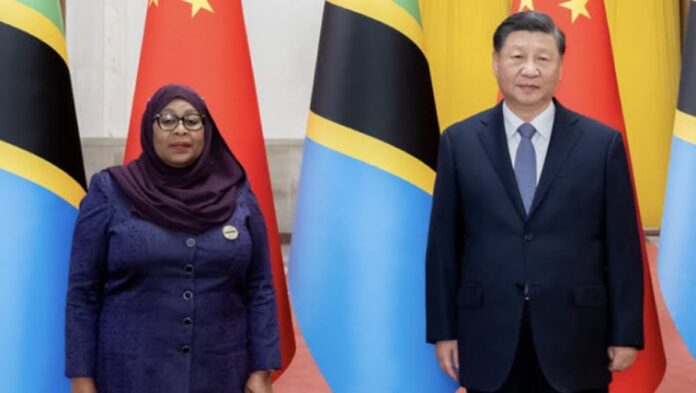 The agreements were signed as part of the agenda during President Samia Solo Hassan’s three-day visit to the world’s second-largest economy.

The Chinese government has agreed to provide a loan of US$56.72 million (130.45 billion shillings) for the expansion of Zanzibar International Airport.

“This is a great achievement, as President Hassan is the first major leader invited by President Xi Jinping since the Covid-19 outbreak and his recent approval by the Chinese Communist Party Congress for a third term as leader.” She said . He said.

Also, read; Study Shows Uganda Has the Highest Cost of Data in the World

The two heads of government attended the signing ceremony of agreements aimed at strengthening bilateral cooperation in various fields.

After formal talks, the two leaders agreed to maintain the momentum of high-level dialogue and strengthen cooperation at all levels. The two sides will also work to increase bilateral trade and economic cooperation.

They will also deepen high-quality collaboration under the Belt and Road initiative to develop infrastructure projects. The two leaders pledged to increase cooperation in processing, manufacturing, green development and the digital economy.

China and Tanzania, which have long-standing historical ties, also pledged to increase cooperation on global issues such as climate change and economic exploitation of the sea.

China is a major source of foreign direct investment (FDI) in Tanzania, having acquired 1,098 investment projects worth US$9.6 billion in October 2022, which created 131,718 jobs.

Analysts say this explains the strong history of cooperation between the two countries, with China seeing Tanzania as Africa’s gateway to Africa.