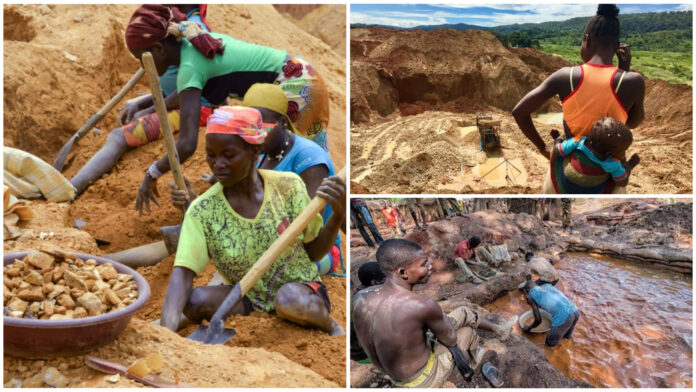 Authorities in Cameroon have closed at least 30 gold mines, including some Chinese-owned mines, after at least 33 young miners died in landslides this month and dozens more were reported missing.

Officials said on Monday they are also concerned about working conditions that have caused deaths in the seasonal gold mining community.

Heavy rain on Monday kept shops closed in Kambele, a village in Batouri district on Cameroon’s eastern border with the Central African Republic. But miner, Vidal Dula, 70, says despite the rain, he still went ahead to meet with employees of local mining company “Invest Batouri.”

He asked for help with the funeral of his 27-year-old son Vincent Dula, who died at a mining site on Saturday.

Vidal Dula says Vincent got stuck in a hole where he and 20 miners were panning for gold. He says friends dug into the collapsed part of the gold mine and recovered Vincent’s body.

Vidal says the death was a great loss for his family, as Vincent was his only child.

According to Cameroon, several thousand civilians from Cameroon, Chad and the Central African Republic live in Kambele, working in gold mines or looking for work.

On Monday, Djadai Yakouba, the top government official in Batouri, said he had sent several hundred government troops to seal at least 30 gold mines in Kambele.

Yakouba said the facilities are defying a July 2022 government ban. He said troops and aid workers were looking for missing miners and recovered bodies buried in collapsed sites.

At least 33 miners died in Kambele last month, most of them schoolchildren on vacation, according to government officials in the central African country. According to the government, about ten children aged between nine and 13 were among the dead.

The government did not say whether the dead or missing miners were Cameroonians or displaced from conflicts in neighboring C.A.R.

Lambert Essono is an environmentalist with Save Cameroon, an NGO on Cameroon’s eastern border with C.A.R.