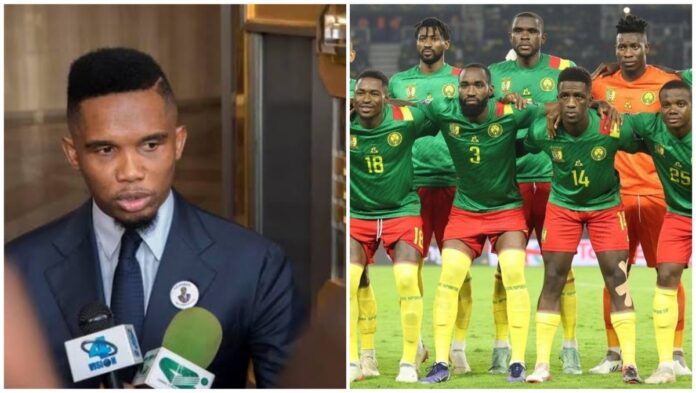 Cameroon has been hit with a new fraud scandal after 21 players were banned from the under-17 team over the scandal.

Last summer, the Cameroonian Football Association invited 44 players from eight different clubs to a hearing over alleged age or identity fraud, with president Samuel Eto’o committed to rooting out the age fraud problem in the Central African country.

But Eto’o suffered another setback in his attempt to stop the fraud crisis after most of the players selected for this year’s UNIFACC tournament – organized by under-17 clubs in the Confederation of Central African Nations – were disqualified for failing MRI tests.

Cameroon has recently been criticized for being removed from the list of players selected for its under-20 and under-17 teams.

There have also been concerns about Eto’o’s squad for this year’s Africa Cup of Nations, as no official player list has been announced ahead of the opening game on 16 January.

Age fraud has been a problem for African football, with many of its international successes at youth level being marred by allegations of aging players.

Allegations have been made regularly, but authorities seem to have made little effort to investigate them.

One of the best-known cases involved former Cameroonian international Toby Membo, who produced birth certificates attesting to having aged over time.

In 2019, Guinea were banned from the U-17 World Cup after two of their players were found guilty of age cheating.

As early as 1989, FIFA banned Nigeria from age group tournaments after discovering that the dates of birth of three of its players in the 1988 Olympics were different from those used by the same players in previous tournaments.

After Eto’o became president of the Cameroonian Football Association in December 2021, he pledged to reform football in the country and step up efforts to achieve just that.