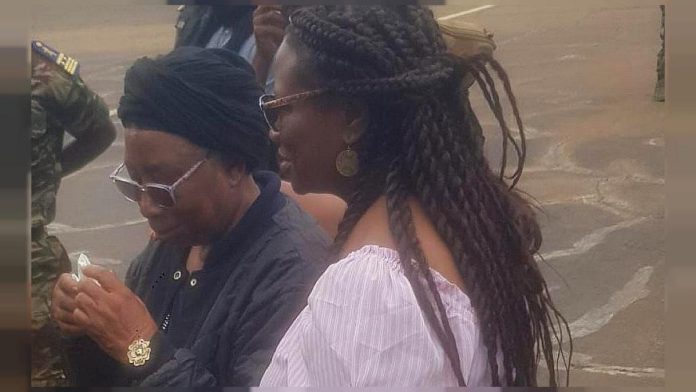 The Cameroonian army announced on Tuesday that soldiers in western Cameroon rescued numerous hostages, including a “presidential party senator,” who was kidnapped a month ago.

According to the announcement, Cameroonian soldiers killed a dozen of the alleged captors, who are supposedly noted to be English-speaking armed separatists.

These rebels kidnapped Elizabeth Regina Mundi, 79, and her driver on April 30, somewhere between the northwest and southwest sections of the country. These areas are said to be primarily dominated by the English-speaking minority in a predominantly French-speaking country.

“Several hostages were liberated, including the senator,” the army explained in a statement after an army operation on “a terrorist hideaway” in Ashong, in the North West, on Monday evening.

“A military detachment was attempting an approach to the hideout when “heavily armed terrorists opened heavy fire (…) while their comrades tried to escape with the hostages,” the statement read.

According to the authorities,’ the “pro-independence militants” who lost their lives at the scene were “neutralized (killed)” by “a dozen terrorists.” However, there has been no indication of the number or identities of the other “freed” hostages at this time, but some local media has suggested that they are, in fact, high-profiled people in Cameroon.

The separatist war began in both regions in 2017 when the government repressed demonstrations calling for equal treatment and more autonomy for anglophones, who feel marginalized by President Paul Biya, who has ruled Cameroon for nearly 40 years.

According to the International Crisis Group (ICG), the violence has caused the deaths of over 6,000 people and displaced over a million people in just five years.

Recall that after his car was attacked and eventually stolen in January, the body of an opposition senator, lawyer Henry Kemende, was discovered riddled with bullets in Bamenda. Although the government blamed separatists, no one ever claimed responsibility for the murder.

Ms. Mundi, on the other hand, appeared in a video posted on social media shortly after her kidnapping, reading an English text calling for independence in front of the flags of the Ambazonian Defence Forces (ADF) and the “Republic of Ambazonia,” which separatists in the South-West and North-West regions self-proclaimed on October 1, 2017.

A senior security official told AFP on condition of anonymity that her kidnapping was claimed by two rebel groups, including the ADF, with one demanding a ransom and the other requesting the release of captives.

Senator Mundi, a native of the North West, is a member of Mr. Biya’s Cameroon People’s Democratic Movement’s political bureau (CPDM), a political party whose members have since suffered quite intensely as their popularity grows for speaking against the defects within their “system.”

Recall that in 2021, military officials in Cameroon had earlier claimed that separatists kidnapped and tortured hundreds of people whom they accused of breaking a weekly lockdown imposed by the “rebels” in the English-speaking western areas of Cameroon.

In an audio clip from a video circulating on social media platforms such as Facebook and WhatsApp, the voices of Cameroonians pleading for aid and begging for their lives to be spared can be heard as armed men appear to order 17 people off a bus.

Armed men brandished AK-47 weapons, threatening to kill anyone who refuses to follow their commands as seen in the video, with four ladies carrying infants among the 17 kidnapped persons.