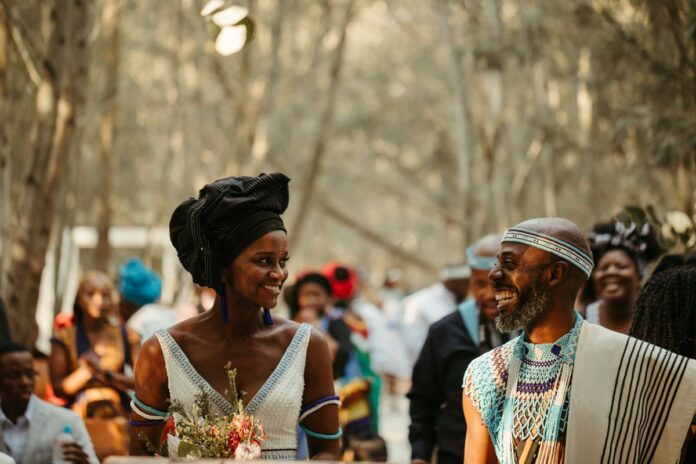 He is a Jamaican and she is a Xhosa woman from South Africa. They chose to celebrate their love in a perfect blend of culture. The bride Sandiswa said that they really wanted the day to be an authentic African celebration; that strongly reflects their  respective heritages. For Sandiswa Sotashe, a South African woman from the Xhosa tribe, and Kwabena Shange, a Jamaican; it was important for the couple to blend their cultures into a meaningful, one-of-a-kind nuptials. Although the bride admits; “It ended up being heavy on the side of Xhosa wedding symbolism, to be honest, but Kwabena loved and appreciated it.” 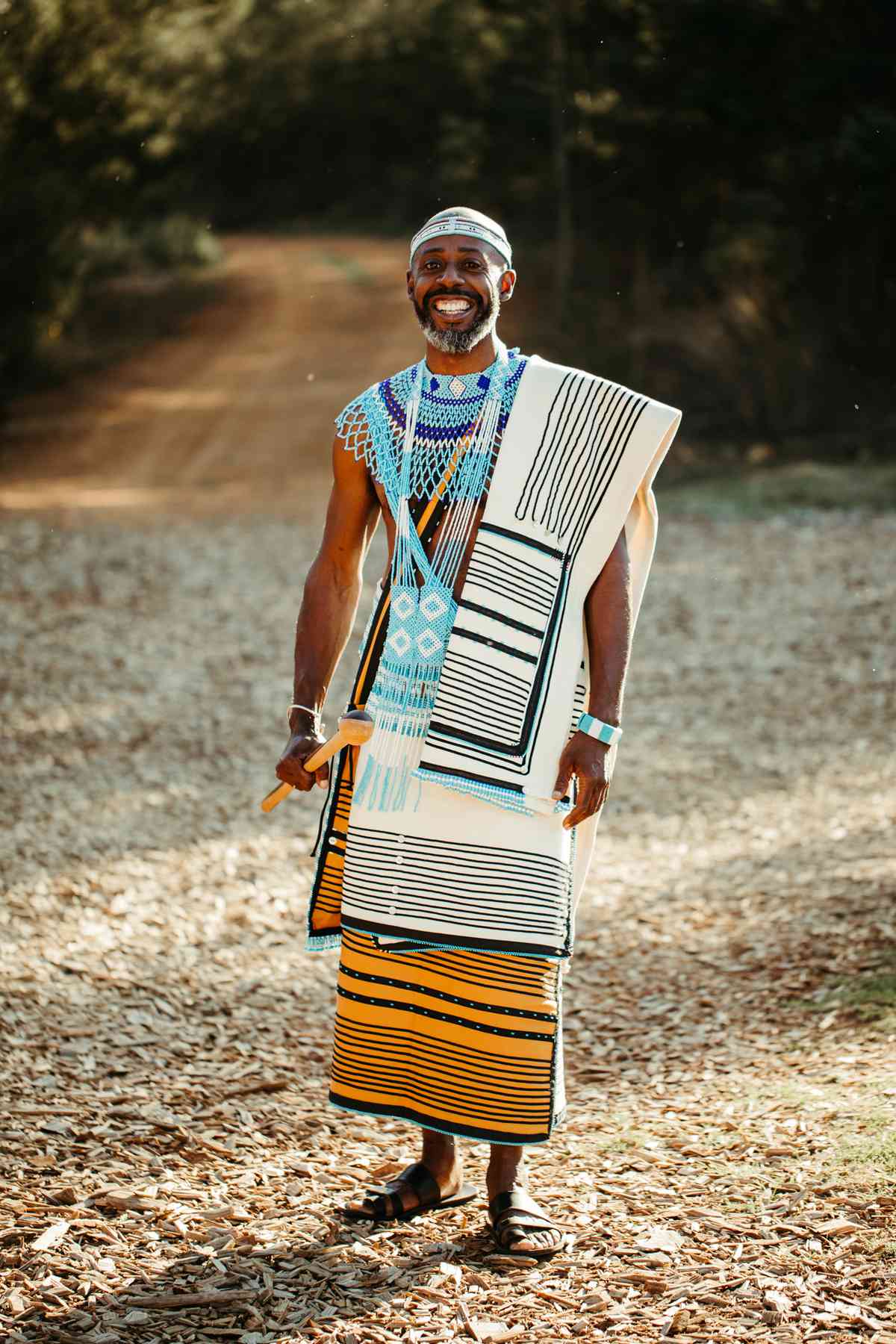 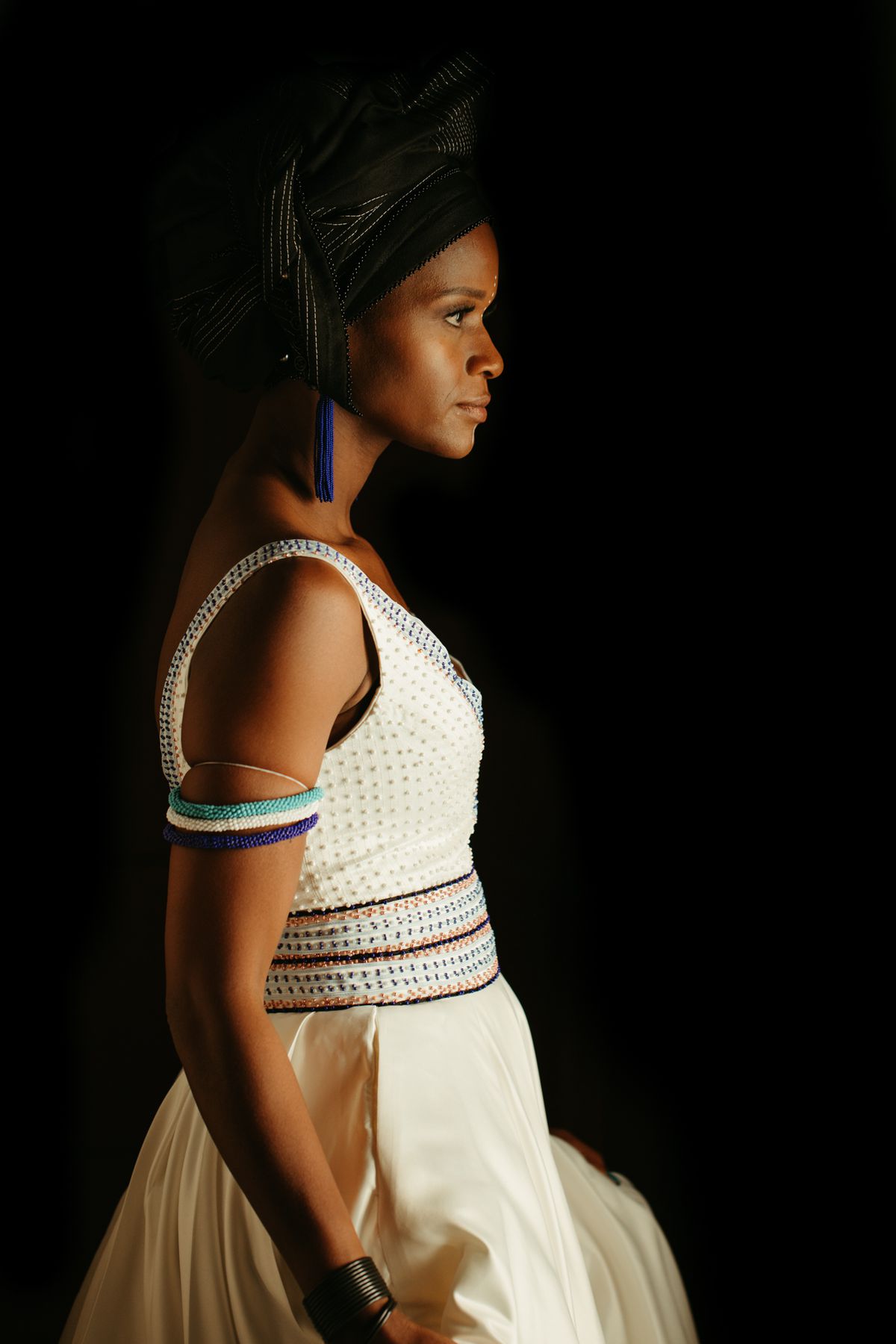 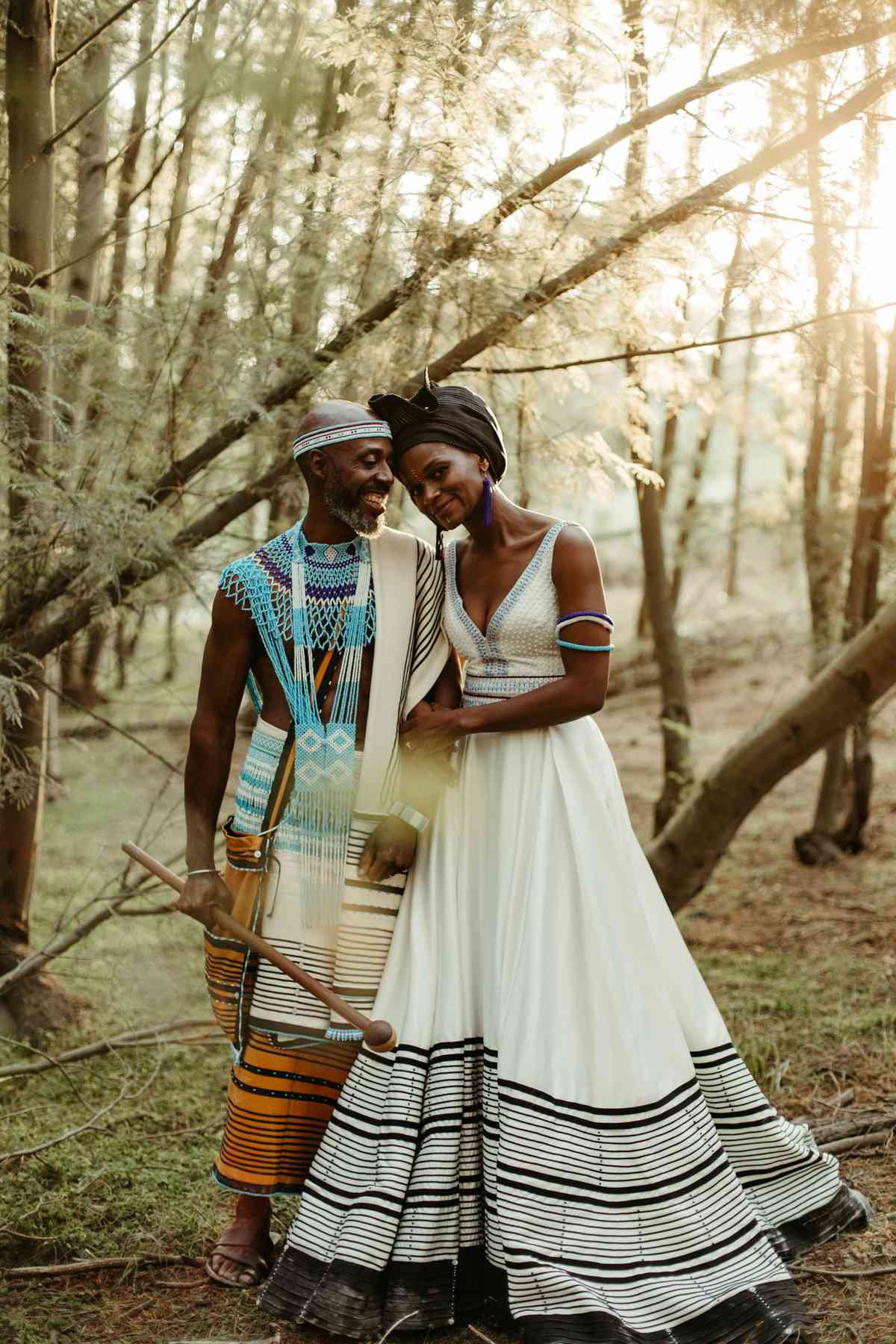 According to Blackbrides, The love birds first met at a mutual friend’s party in 2009; (although didn’t exchange numbers until several months later!) and in November 2017; Kwabena proposed moments before a John Legend concert; (“That night was the most beautiful we’ve ever heard John Legend sing,” she says). With a ring finally on Sandiswa’s finger, the couple began making wedding plans; with the first step to secure a venue. As it turned out, the venue search was the easiest task for the pair as Die Woud, a woodland wedding venue just outside of Cape Town, South Africa, was perfect. “When we visited Die Woud, we immediately knew we found our perfect backdrop and confidently called off the search.” 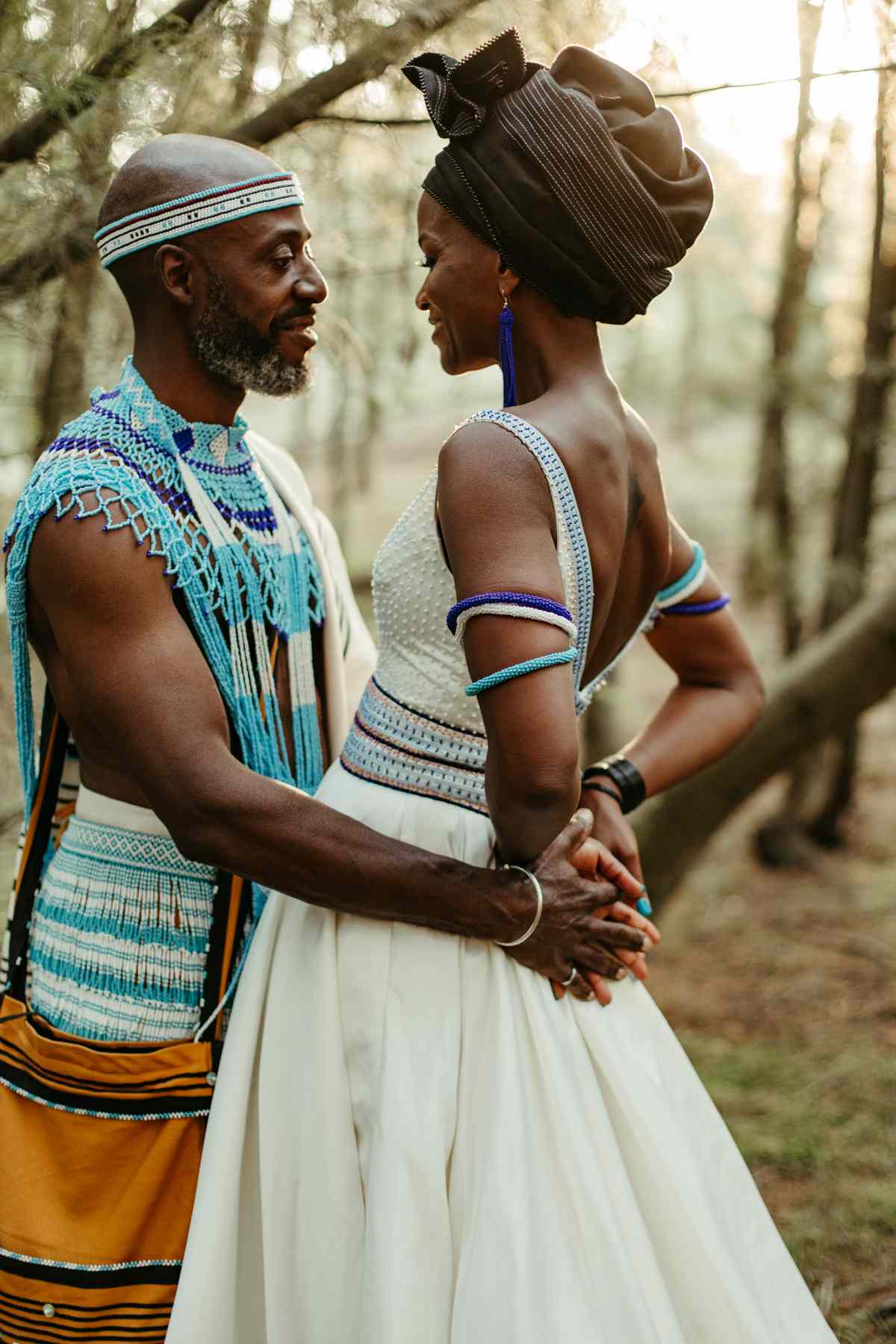 From there, Sandiswa and Kwabena’s Xhosa wedding theme took form: “a festive African party characterized by singing, music, dancing, food, and drinking,” adding, “we requested guests to pitch up in their favorite African garb.” And, wedding formalities were kept to a minimum—that meant a unique processional, no first dance, and more!

Sandiswa and Khabena didn’t have a first dance and instead danced with African singers, as well as their guests. The bride’s brother also hired a live band to play later in the evening. She recalls, “[They] played an amazing selection of popular afro-pop hits that had everyone on their feet.” 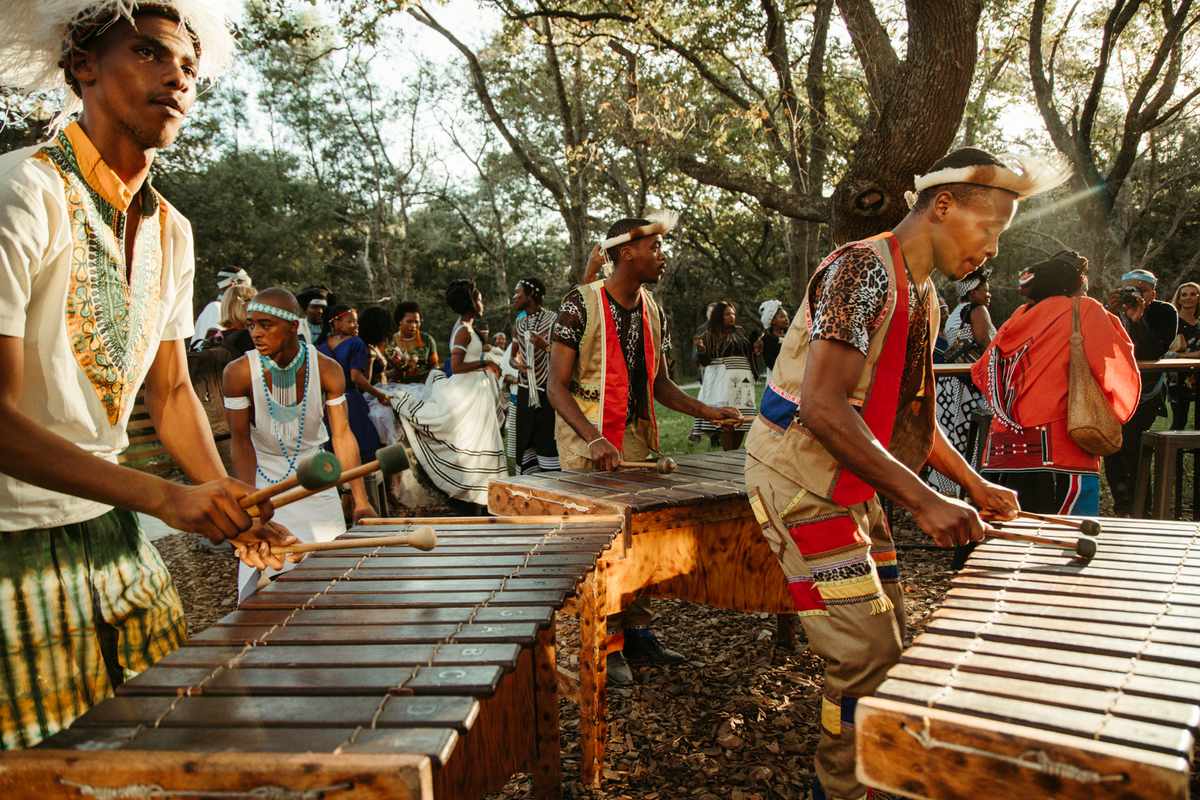 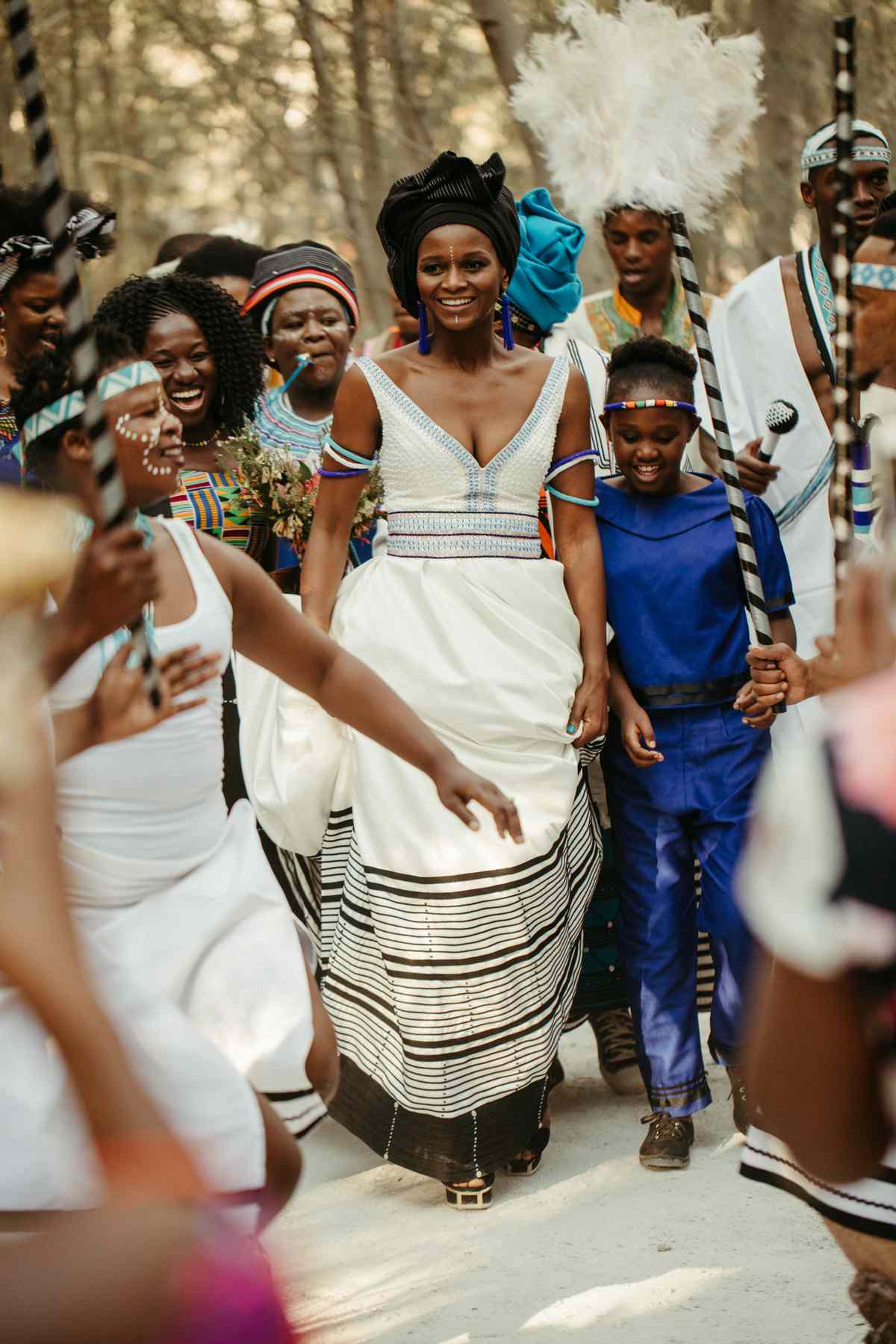 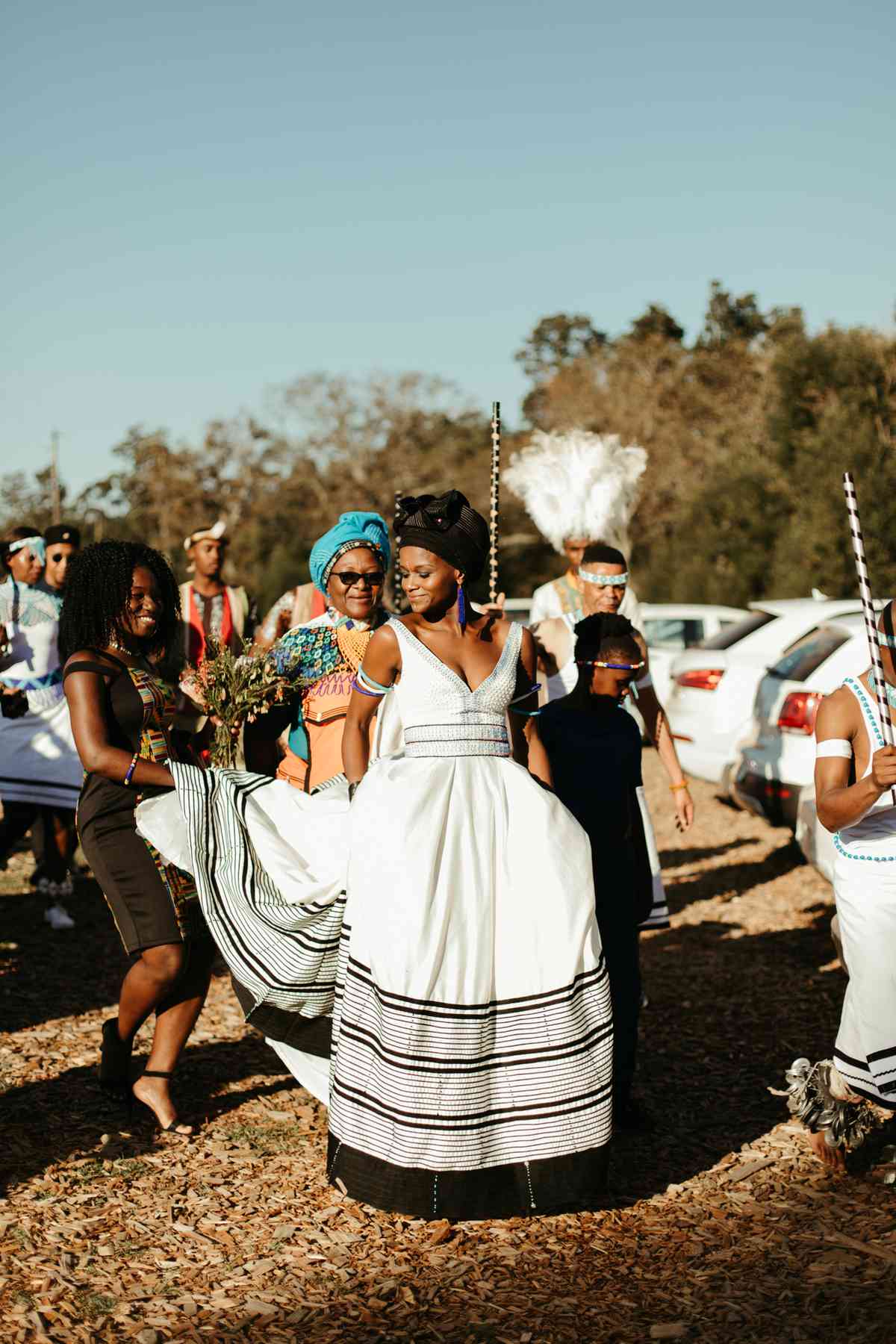 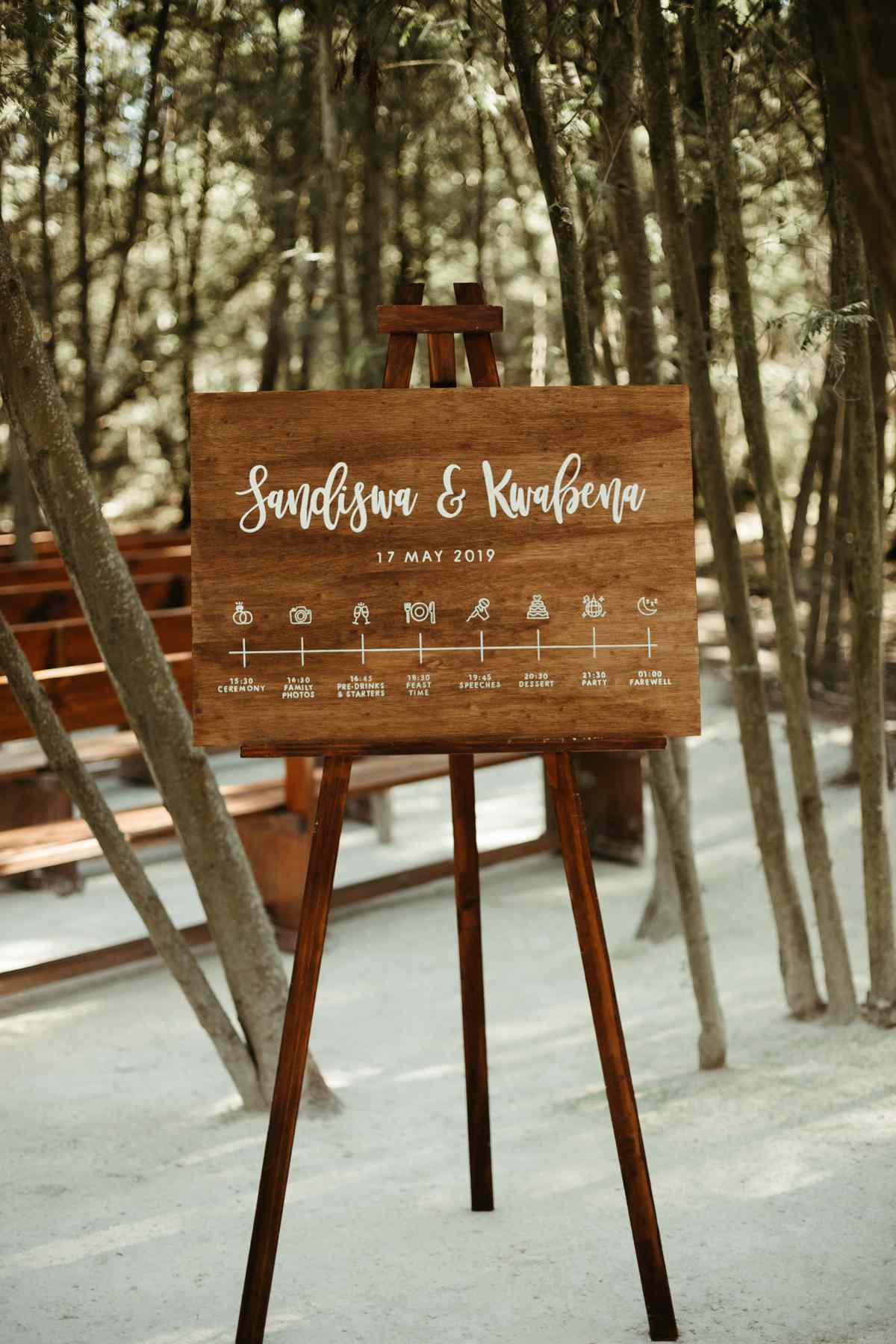 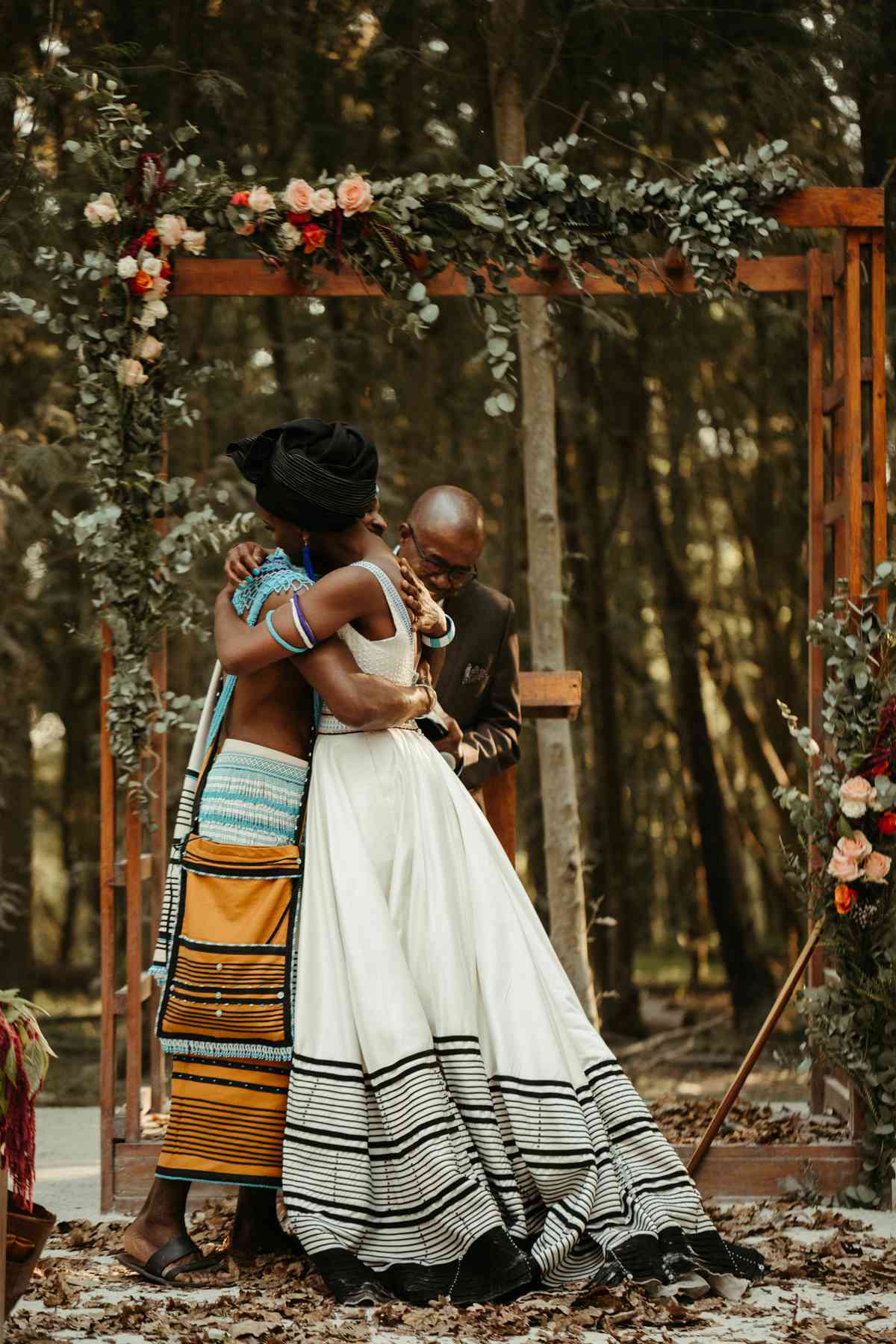 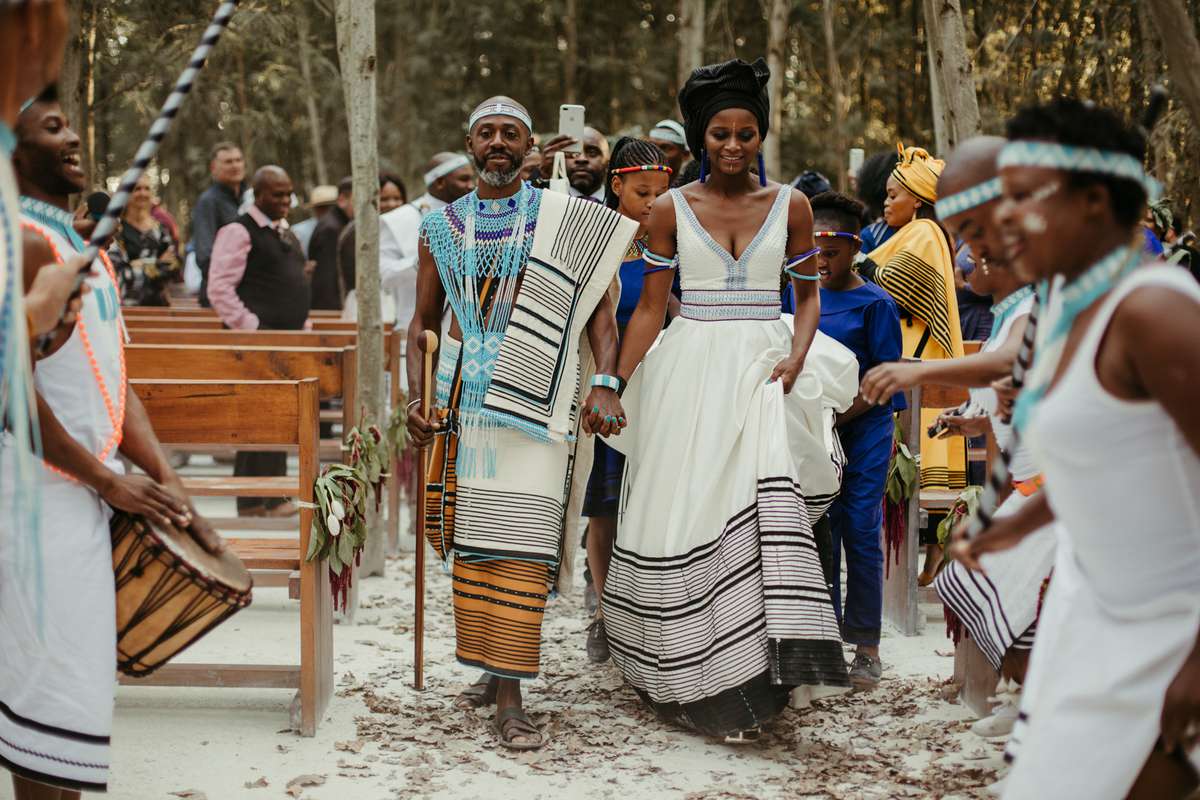 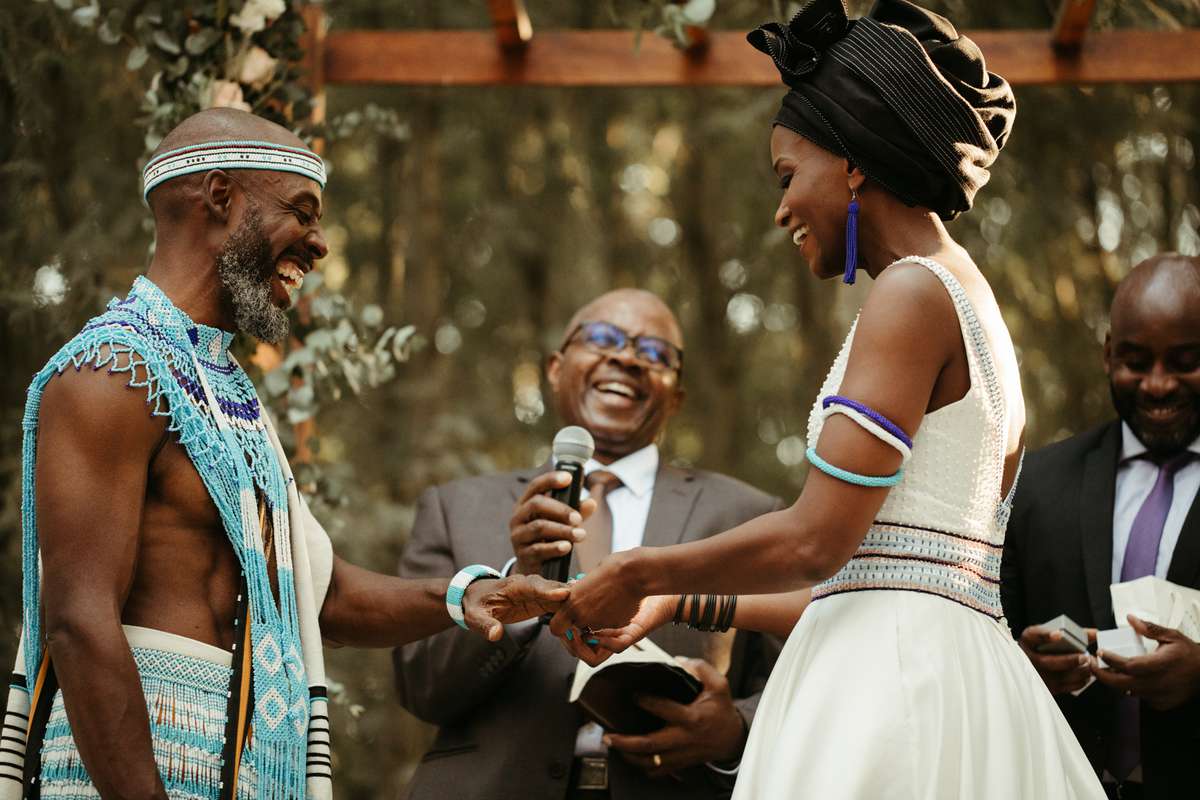 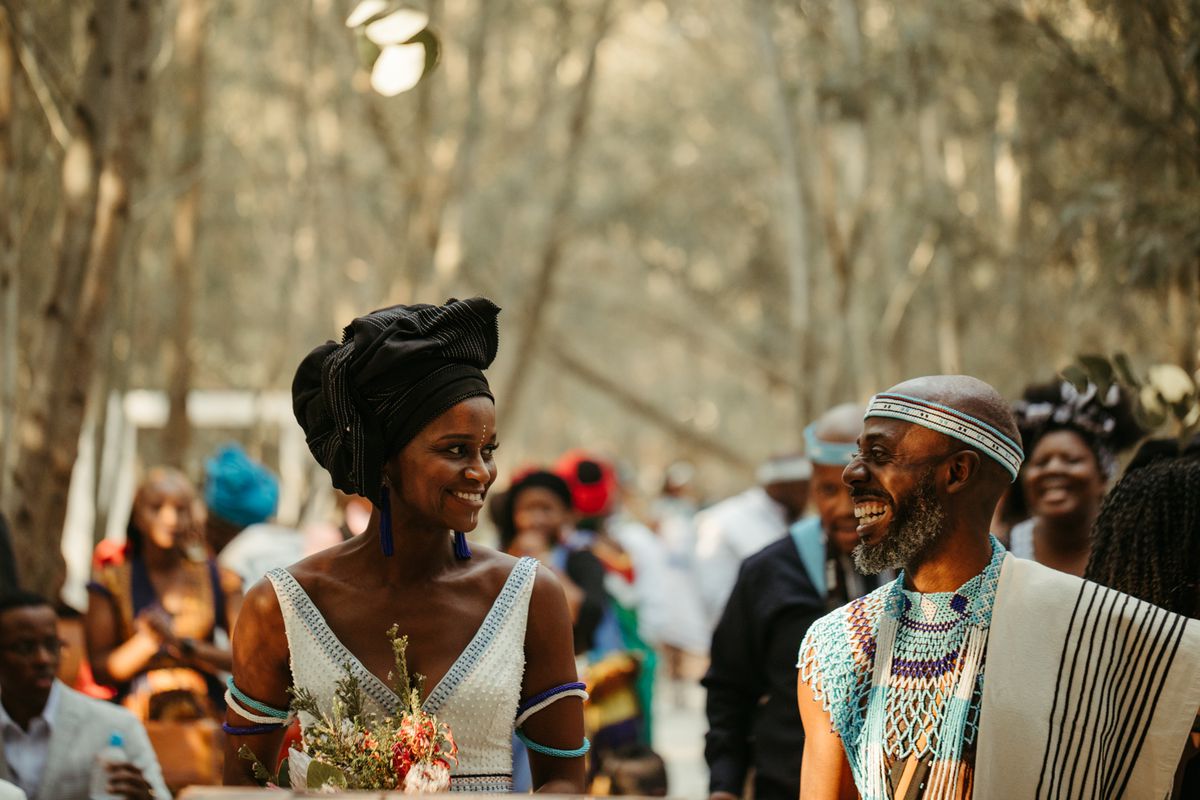 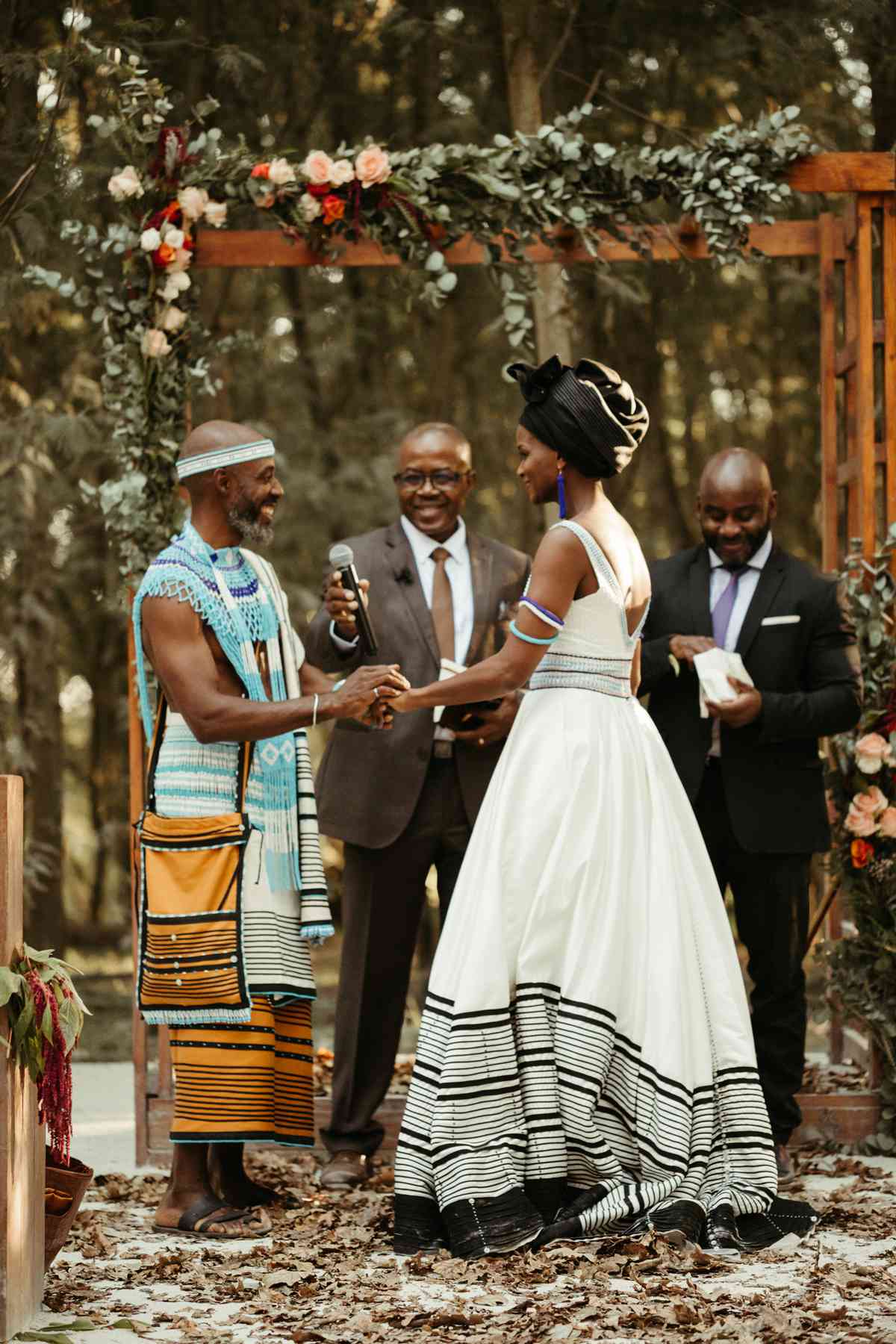 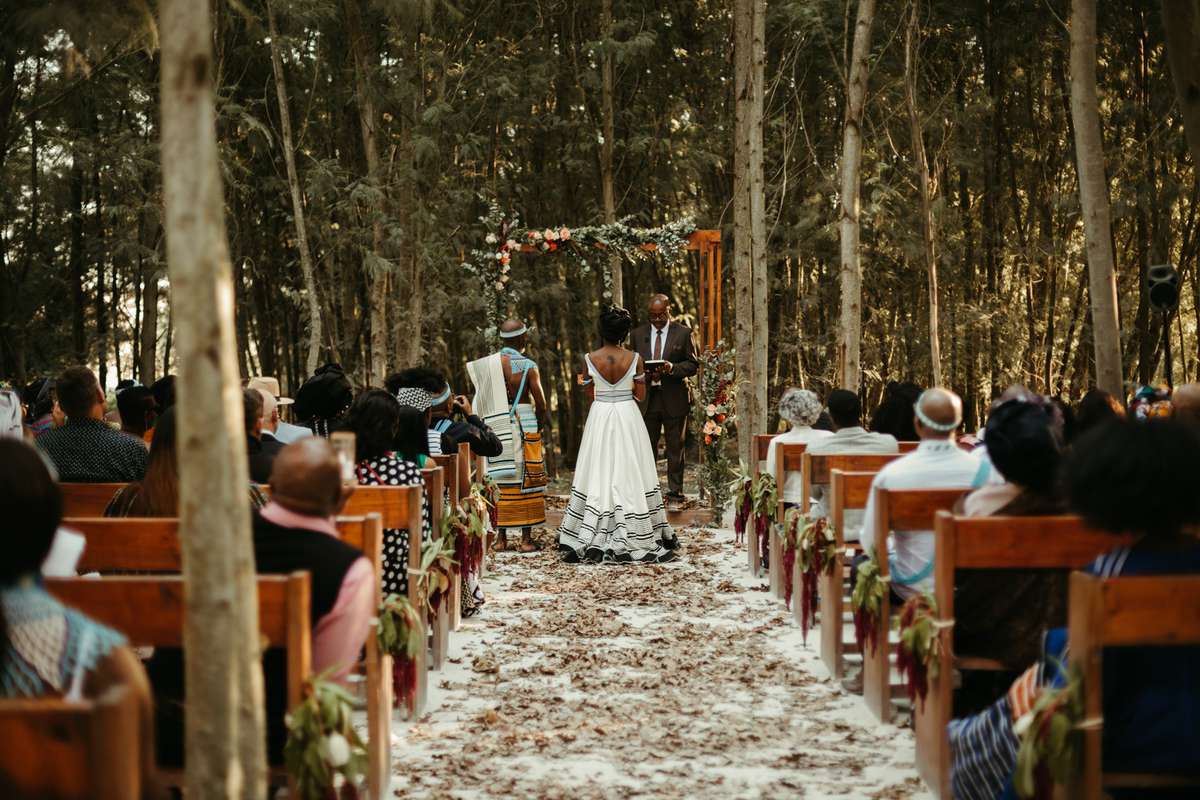 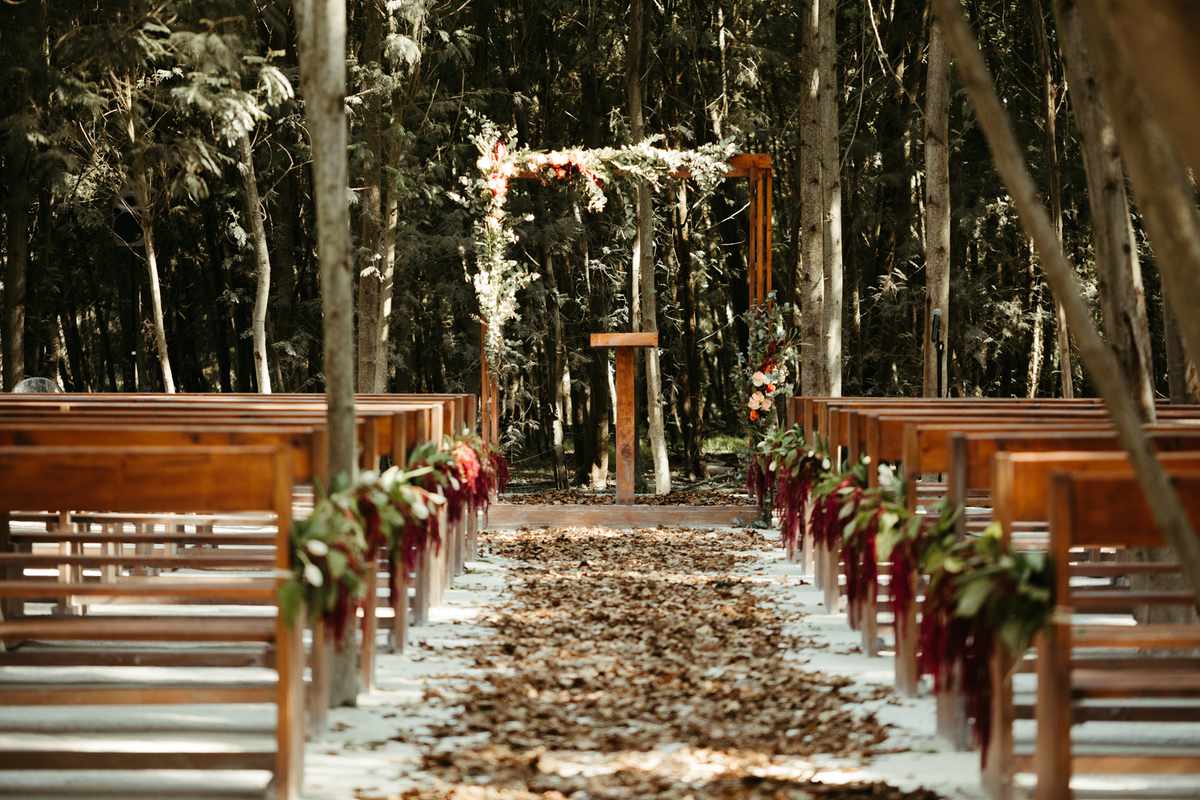 Unlike traditional Western weddings, guests didn’t arrive before the bride, rather they escorted her from the parking lot to the ceremony space in an exuberant fashion. “In typical African style, they sang and danced me down the aisle,” explains Sandiswa, who was joined by her mother, brothers, aunts, uncles, distant relatives, and friends for the processional.

Just like they began the ceremony, the newlyweds recessed to a traditional Xhosa wedding song as guests danced in the aisle.
Share
Facebook
Twitter
Pinterest
WhatsApp
Previous article
King Mwambutsa IV: The King of Burundi buried in Switzerland
Next article
Will Smith Admits To Contemplating “Suicide” In “The Best Shape of My Life” Trailer