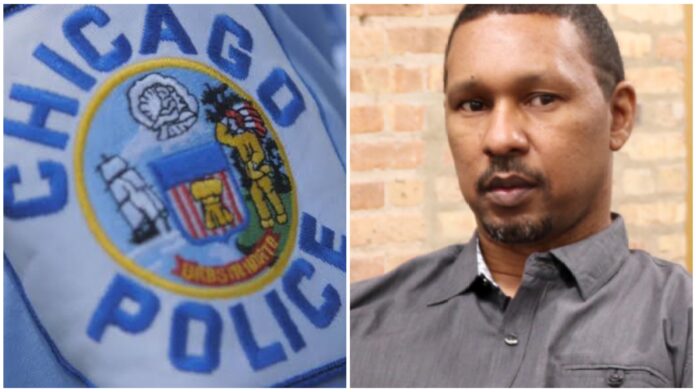 Chicago is paying $9 million to a man who has served nearly 23 years in prison while facing the death penalty for a crime he says he didn’t commit.

Patrick Prince said he confessed to the murder of another man and the attempted robbery at age 19, after being punched, kicked and smacked in the face by Kriston Kato, the retired Chicago Police Department officer who is married to a criminal district judge.

Prince is one of eight cases where Kato was accused of using force and intimidation to obtain a false confession.

Prince’s case went to trial in 1994. The state initially sought the death penalty, but he was convicted on August 24, 1994 and sentenced to 60 years in prison for murder and 25 years simultaneously for armed robbery.

Prince fought his conviction for several years, sometimes even without a lawyer, according to the National Registry of Exonerations. In April 2017, a Cook County Circuit Court judge granted Prince’s motion he filed in 2014 for a retrial. Local prosecutors rejected the charges the following month.

“This is a case that emerged during the time, thought, feeling, custom and practice of the 1990s,” said Circuit Court Judge Thaddeus Wilson in allowing the petition.

Also, read; WHAT DO YOU KNOW ABOUT NIGERIA AT 62?

Police say they received a tip that Prince Edward killed Porter in August 1991 and that he was robbing drug dealers and their customers. The informant told police that Porter was on the west side of Chicago buying drugs when Prince tried to rob him. Porter refused to comply and Prince shot him, the caller said.

However, a witness described the lone shooter which matched the description of Javan Linson. While Linson was close to the scene of the crime, his possible involvement wasn’t scrutinized enough as he was interrogated and quickly released.

During his pre-trial hearing, Prince asked a judge to ignore his initial confession which incriminated him. He testified that Kato broke into his girlfriend’s house, pulled him out of his bed at gunpoint, and took him to the police station, where he wrested his confession from him.

Although Kato denied the allegations during the pre-trial hearing, it was eventually determined that Prince’s conviction was decided without a jury and was based on his confession only, a practice which is believed to have been inappropriate and inadequate for a sentence, especially one as harsh as that which was given to Prince.

Several witnesses testified that Prince was not the culprit, notes the National Registry of Exonerations. One man testified that he saw Prince approach the scene to look at the body as he left. Prince asked him what happened, and then the two men left in opposite directions.

Two witnesses in Prince’s 2014 petition identified the shooter as Linson. The other died in 2006.

Keith Gunn admitted that it was the informant who linked Prince to the crime. Gunn said under oath that he wanted to “pay back” Prince because he “stole” a woman he liked. He thought the police were just harassing him and never thought he would be charged with the crime.

The petition also included allegations from 30 people that Kato forced a confession of crimes, including a mentally disabled man who served 11 years in prison for rape before being acquitted and released in 2013.

Prince received a certificate of innocence from Illinois in 2018, and the state awarded him more than $226,500 in compensation. He filed a lawsuit the same year.