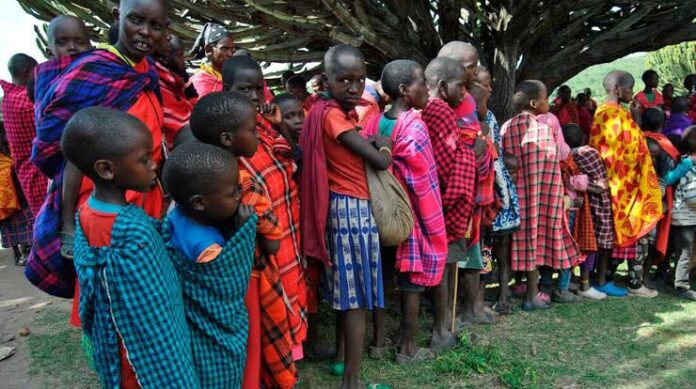 The East Africa Regional Court ruled that Tanzania’s decision to isolate the country to protect wildlife was legal, and dealt a blow to the Maasai indigenous group, who had protested the measure and accused the government of trying to evict them from their ancestral land.

The government says it wants to “protect” 1,500 square kilometers of the area from human activity, but human rights groups said Friday’s decision sends a dangerous message that tribal people could be evicted from their lands in the name of conservation.

Tensions have escalated in recent months, with violent clashes in June between police and the tribe’s protesters in Loliondo, in the Ngorongoro district – one of the country’s most popular tourist destinations.

According to the government, four Maasai villages lie within the boundaries of Serengeti National Park. The boundary were originally defined during British military authority, but later administrations redrew them for conservation purposes.

Also, read; Chicago man To Receive $9M After Spending 23 Years In Prison For A Murder Pinned On Him By Police Officer

The East African court, based in Arusha, ruled that the Maasai could not prove the evictions took place outside the park and that much of the evidence of alleged violence and brutality was hearsay or contradictory.

The locals would, however, appeal, according to a Maasai community leader.

Jebra Kambole, who represented the Maasai in the interlocutory judgment, said, “We are not satisfied with the judgement and believe that the court erred in examining the evidence we submitted.

Historically, Tanzania has let Maasai villages to reside in various national parks, notably the Ngorongoro Conservation Area, which is classified as a UNESCO World Heritage Site. However, according to officials, the population growth is displacing natural habitats.

According to Catherine Soi of Al Jazeera, the Maasai claim that government agents “evicted and damaged their property.”

Soi explained that the government argues that the Maasai community destroyed the park because its population was growing rapidly.