China is assisting Zambia in its debt restructuring process 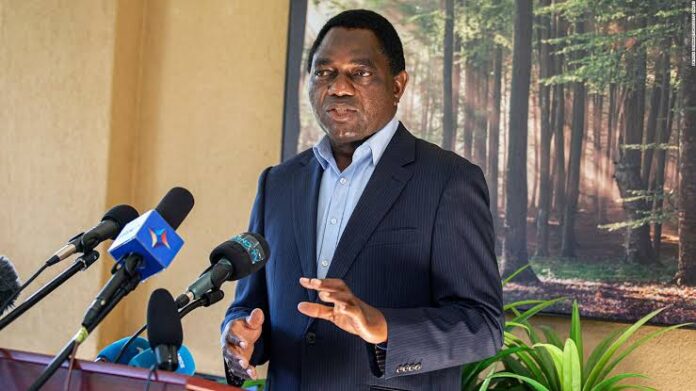 During the opening session of the 2022 press conference at the Statehouse in Lusaka on Monday, Hichilema the difficulty he would face due to the current debt situation.

“I am proud to announce to the nation that we discussed with China and other creditors to negotiate a debt resolution package.”

“I agreed with China myself as President, that’s my job, which you gave me, working together with the Ministries of Finance and Foreign Affairs.”

“We want to thank China for joining the common framework agreement to resolve the debt crisis,” he said.

He stated that Zambia has made headway with the debt restructuring program, which is aimed at repairing and revitalizing the country’s economy.

“Last year, we reached a staff-level agreement with the IMF on debt restructuring.”

“You can’t build an economy with large debt mountains, so we took the decision to restructure this debt and free up resources,” said Hichilema.

This was done to generate jobs and grow the economy,” he said.

Hichilema strongly dismissed claims saying he was neglecting China in the IMF negotiations.

The president claimed that he personally engaged China and was delighted to announce that China is now a member of the common framework committee.

Zambia’s president has confirmed that the country is still on track with restructuring the countries debt.

He further added that all of the necessary components have already been put in place in the 8 months he has been in charge.

Hichilema went on to say that the country’s sustained low inflation rate and stable exchange rate are not by chance.

Instead, he confirmed that they are steps the government has continued to put in place to stabilize the country’s economy.

The UNDP government has publicly blamed its predecessor, the Patriotic Front (PF) government of Edgar Lungu, for plunging the country into economic misery and accruing massive debts.