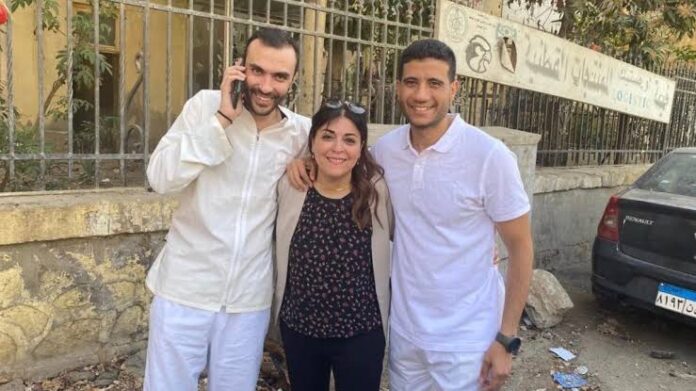 Egypt has released 41 political prisoners, some of whom had been held in pre-trial custody for years, according to reports.

Mohamed Sadat, an Egyptian Member of Parliament, reported this on Sunday.

On Facebook, the MP promised further releases, referring to Presidential pardons, which are routinely awarded to prisoners after Ramadan.

Walid Shawky, one of the architects of the April 6 Movement which deposed President Hosni Mubarak, was among those released on Sunday.

Mr Shawky has been on a hunger strike since February in order to protest his three years of custody.

However, in a common judicial maneuver, he was pronounced eligible for parole at that point, only to be charged with further offenses shortly afterwards.

The same fate befell journalist Mohammed Salah, who was likewise charged with false information and terrorism.

Haitham al-Banna, a member of the liberal Al-Dostour party who was jailed in February for a post commemorating the revolution.

Researcher, Abdou Fayed, was jailed in May 2020 for criticizing the government’s handling of Covid-19.

A fifth activist, Hassan Barbari, was also released. He was arrested in 2019 in the Coalition of Hope case.

A case in which several opponents were arrested for attempting to run for parliament, according to lawyer Khaled Ali.

Radwa Mohamed, who was imprisoned for criticizing President Abdel Fattah al-Sissi in online videos, was among those released.

Several pro-Sissi MPs claimed the president was behind the releases, which had been authorized by an independent judge.

Four Egyptian comedians were detained this week on charges of false information and terrorism.

These comedians promoted a song criticizing inflation and circulated it online.

Ramy Shaath, an Egyptian-Palestinian activist who was released in January, told AFP that he was jailed unfairly.

Egypt’s most prominent political prisoner, Alaa Abdel Fattah, who just acquired a British citizen, has been on hunger strike since 2 April.