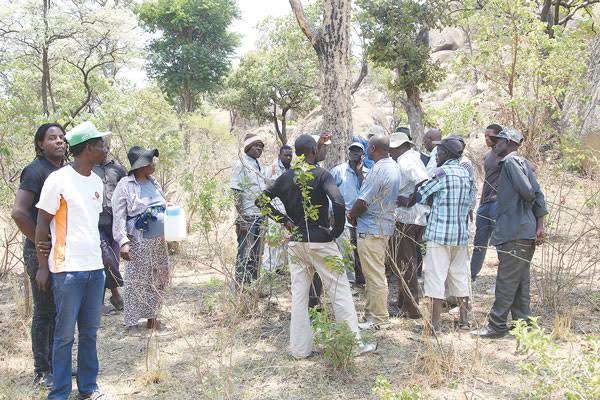 In a sad turn of events, according to reports, a Chinese mining company has issued a three-month ultimatum to Zimbabwean villagers who are located in Muchesu ward 12 Binga to vacate their ancestral land. According to the Chinese mining firm, it has received permit from the authorities to mine resources on the land.

Mujopeni Mudimba, a Zimbabwean activist, told reporters that; “due to economic challenges, they only did the exploration process; where sample holes were drilled in 2010 and they went back. Now under President Emmerson Mnangagwa’s vision 2030, they were given the greenlight to carry on with their investment and they came last year in October and resumed the project.”

He also added that; they started by drilling a four-square metre hole which measures almost 64 metres deep and this is called a shaft. “Then the eviction starts here. There are 14 homesteads on top of the coal belt, but not under the same village head.

“Some are under Siamulamfu, others under Ncheme 1, some under Siabutale. The meeting was held last week on Thursday January 12, 2022 in the presence of the Monaf Investments, ZimParks [Zimbabwe Parks and Wildlife Management Authority], district development co-ordinator, council, the President’s Office, EMA [Environmental Management Authority] and Ministry of Health representatives.”

Additional reports by local Zimbabwean media, the Chinese firm, Monaf Investments made promises to relocate the Zimbabwean Villagers/residents; however, the locals said it is just an empty promise as they have heard many of such before, with no promises fulfilled.

“We have seen a lot of people suffering as a result of these resettlements. It is impossible that this company will build houses for us or create jobs here. We are just going to suffer. It’s hard to leave our land. Things are not being done according to our will. Government does what it desires with our land,” a resident called Simoni Mudenda said.