Prayers Up for Ghana, as Mining Truck Explosion Kills Dozens 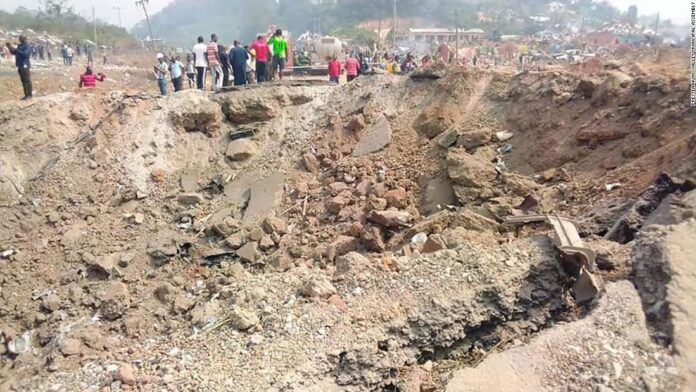 Multiple people were killed in a “huge explosion” that took place after a motorcycle ran into a mining truck carrying explosives in Ghana on Thursday, according to police and an eyewitness. The blast seemed to have completely leveled Apiate; a small town in western Ghana. 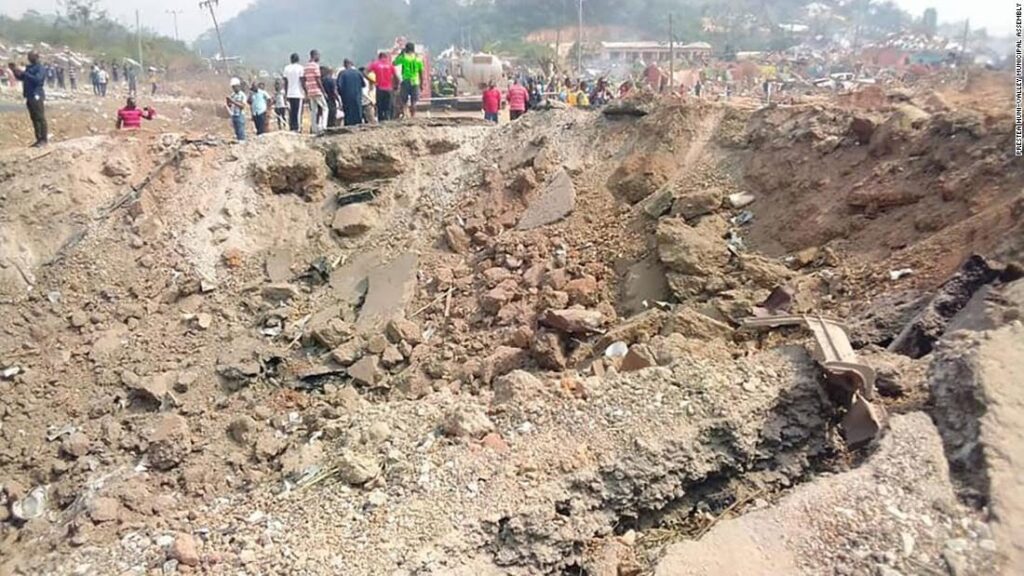 Kwadwo Bempah, who works in the area and heard the explosion; told CNN; that almost all the buildings there had collapsed, trapping people and animals trapped under rubble.

“It is a real tragedy for Ghana,” Bempah said.

Police said most of the victims have been rescued and admitted to various hospitals and clinics.

The outcome of the devastating explosion is seen in Apiate on Thursday.

Police are in Control

“The police have taken charge of the situation providing security to enable the emergency workers including the Ghana National Fire Service, NADMO and the Ambulance Service to manage the situation,” another statement read.

“The police and other emergency service providers have activated a full emergency recovery exercise,” a police statement said. “We urge everyone to remain calm as we manage this unfortunate situation.”

“The public has been advised to move out of the area to nearby towns for their safety while recovery efforts are underway,” it added. 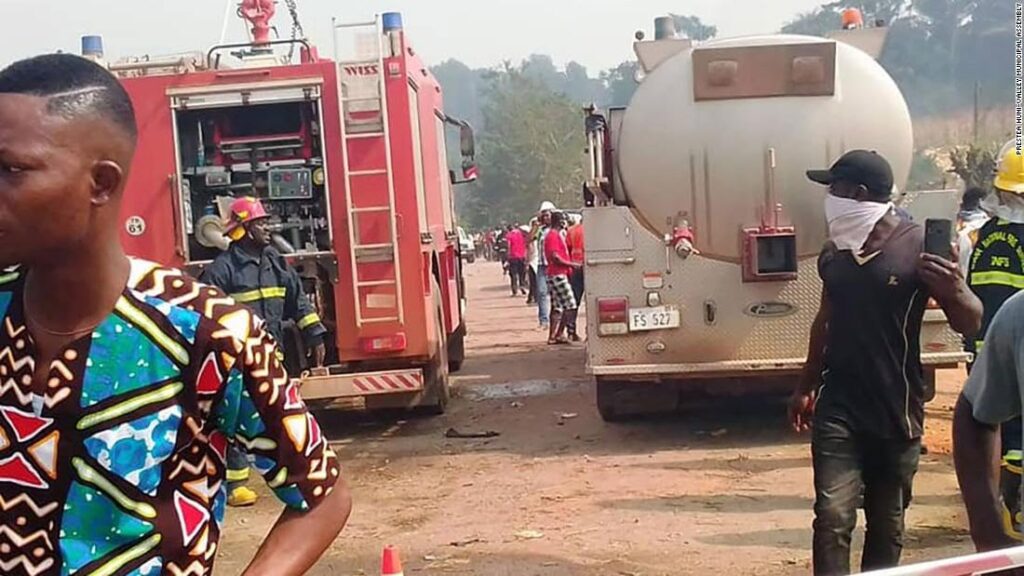 The police statement urged nearby towns to open classrooms, churches and other buildings to accommodate surviving victims.

Bempah said “this small residential area, has a population of no more than 10,000; where most of the people are farmers and miners,”

In the initial aftermath of the accident, Bempah said the local community stepped in as the first  responders, pulling people and animals from collapsed debris and rushing the wounded to hospital.

Kwabena Owusu-Ampratwum; the press officer for the company said;”The explosives were being delivered to a nearby mine run by Chirano Gold mines”

“We are closely monitoring the situation and the rescue efforts,” Owusu-Ampratwum said.

Ghana has witnessed a series of gas explosions in recent years, with one of the worst blasts killing more than 150 people in the capital Accra in 2015. The explosion occurred as hundreds of residents sought shelter at a gas station from heavy rains.

In the same month, three people lost their lives in another blaze in the country’s Ashanti region.