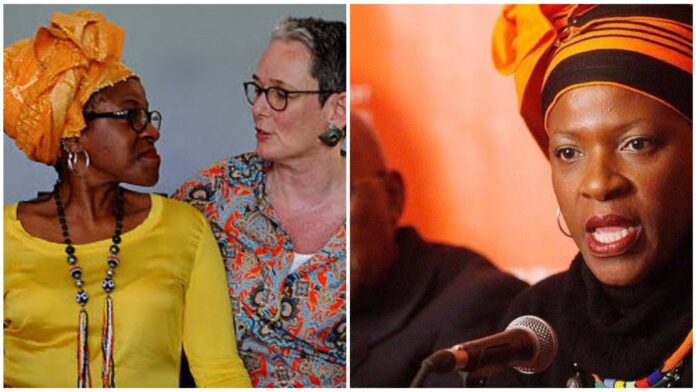 The Church of England said the late Archbishop Desmond Tutu’s daughter will not be allowed to officiate at her godfather’s funeral in England because she is married to a woman.

Reverend Mpho Tutu van Furth told the New York Times she was “stunned” by the church’s “lack of compassion”.

However, in the end, Tutu managed to fulfill her godfather’s wish. She was able to hold his funeral as the service was moved from a church and instead held in her godfather’s garden in Shropshire.

Kenyon and Desmond Tutu became friends when they were both students at Kings College. The archbishop was godfather to Kenyon’s daughter.

Same-sex marriages were legalized in England and Wales in 2014, but the Church of England’s official stance is against it and its ministers cannot perform or bless such ceremonies.

In a statement sent to CNN, the Diocese of Hereford, where the church is headquartered, said: “We recognize that this is a difficult situation. The advice was given in accordance with current House of Bishops guidelines on same-sex marriage. sex”.

Also, read; Thousands March In Protests Against The Presence of UN Peacekeepers In Mali

Rather than entrust the funeral service to someone else, Kenyon’s family chose to perform it in a marquee in the vicariate’s garden next door.

According to Tutu van Furth, who spoke to CNN, “the children believed it was more necessary to fulfill their father’s desires for the funeral, so we conducted a magnificent funeral in a marquee in the garden.”

Kenyon was a close friend of Tutu van Furth’s late father and was interviewed by CNN in December 2020 when he became one of the first persons in the world to receive the Covid-19 vaccination.

Archbishop Tutu, ordained in the Anglican Church in 1960, spent the 1960s and 1970s alternating between his native South Africa and London. It was then that he met Kenyon for the first time.