Clarence Moses-EL: A Man Who Spent 28 Years in Jail Because a Woman Dreamt He Raped Her 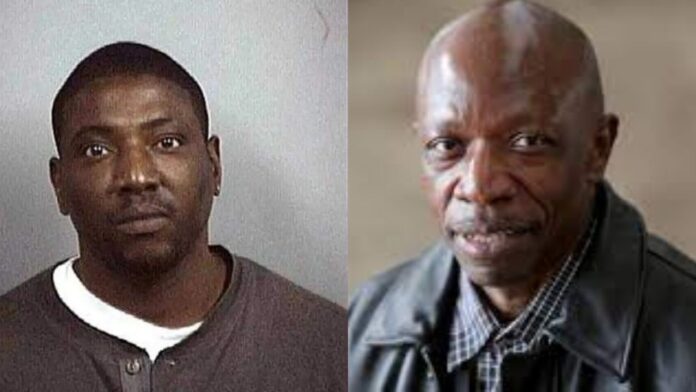 When you go back to review history, you realize that there have been people judged unkindly, sometimes because of skin color or simply being in the wrong place at the wrong time.

Here is the story of Clarence Moses-EL who was accused by a Denver woman of raping her. The woman had a drink out with three men and concluded after a dream that Moses-EL was behind a rape and assault attack on her that very night.

Clarence Moses-EL was declared guilty in 1988 and sentenced to 48 years in prison for rape and assault.

It was on a summer night in 1987 with facial bones broken and lost sight in one eye whilst in the hospital, the woman identified Moses-EL as her attacker. She said that his face came to her in a dream and she was certain that he was her attacker.

Innocent of the charges, Moses-EL challenged his conviction and the sentence meted out to him.

Poor Clarence Moses-EL, was unsuccessful in his appeal because the Denver Police had discarded the DNA evidence from the attack with no solid reason, knowing a man’s innocence was at stake.

Body swabs and the victim’s clothing were further destroyed by the police despite a judge’s order that they should be preserved for testing in what would have upheld or confirmed Moses-EL’s guilt or innocence.

Colorado Attorney General Phil Weiser in February last year said “I am aware of the pain that the victim has endured over the years; and that the destruction of DNA evidence prolonged this case unnecessarily.”

How Clarence Moses-EL Got His Freedom

In the year 2015, Moses-EL was released from prison after a Denver judge quashed his convictions and granted him a new trial. The judge’s decision was based in part on the confession of another man to the sexual assault.

Daily Mail reported that Moses-EL received a letter from LC Jackson, one of the three men who had a drink with the rape victim that night in 1987. The letter read “Let’s start by bringing what was done in the dark into the light; I have a lot on my heart.”

The letter led to a hearing where Jackson testified that he became angry during sex with the woman and hit her in the face. In 2016, a jury acquitted Moses-EL of all crimes in the case, after he had spent 28 years behind bars.

“This is a very important point about DNA evidence. It has this lasting and probative effect; which is why preserving it is important, We have to learn from this to my mind, tragic mistake, and action.” Weiser said

After insisting for nearly 30 years he was innocent, Moses-EL gained his freedom in 2016 after a Denver judge read the words “not guilty,” the Denver Post reported.

Moses-EL said “This is the moment of my life, right here,” Moses-El, who was 60 then, said outside a Denver jail, adding, “I just want to get home to my family, my grandchildren. It’s wonderful, I waited a long time for this.”

According to reports, Moses-EL was awarded about $2 million in compensation from the state in a case Weiser described as a “travesty of justice.” “We have to learn from this … tragic mistake and action,” he said. “There is, I believe now, a clear and powerful example of financial and human costs.”

Under a Colorado law passed in 2013, people who’ve been wrongfully convicted and imprisoned are eligible to petition for $70,000 per year they spent behind bars, the Colorado Independent reported. In Moses-EL’s case, that total comes to almost $2 million, making him the second person to be compensated under this law.

That’s another reason why I’m happy because it allows me to regain a lot of things that meant so much to me, so dear to me, that now having possession of these things again, it makes me feel like a full person,” said Moses-EL.

But the question here is; Is this money worth the pain he had gone through?

Share
Facebook
Twitter
Pinterest
WhatsApp
Previous article
How to Make the Tasty Attiéké or Cassava Couscous With Fried Fish
Next article
Mae Louise Miller: An Enslaved Black Woman Who Was Unaware That Slavery Had Ended