Queen Pampa Kanyimpa: The Queen Who Fought The Portuguese Invaders and Abolished Slavery 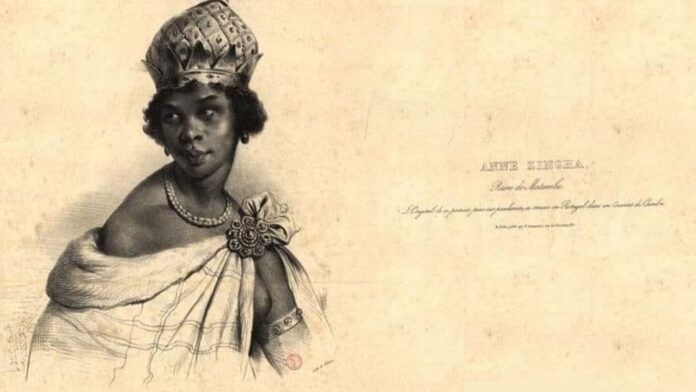 Queen Okinka Pampa Kanyimpa, popularly known as Kanjimpa, was respected for many reasons. She was the last queen of the Bijago people of Orango of Guinea-Bissau. Throughout her reign from 1910 to 1930, she abolished slavery; extended women’s rights and protected her people against Portuguese control until a peace agreement was reached.

She was entrusted with the task of doing the above and more when she succeeded her father, Bankajapa; and became ruler of the island. Unfortunately, this was the same time, the Portuguese, were making moves to claim territories in Africa.

The Bijago defeated the Portuguese invaders in the 1530s up until the late 1900s when they were finally colonized.

An Italian anthropologist Luigi Scantamburlo wrote, “The coming of the Europeans to the island, the British and German settlers first, and the Portuguese rule later was a disaster for the Bijagós people, they were not able to accept the kind of work imposed by the Europeans.”

The Bijago, under the reign of Queen Pampa Kanyimpa, rebelled against the Portuguese colonizers on about seven separate occasions until she finally conceded to a peace agreement with them.

READ ALSO: Ganga Zumba: The African Prince Who Escaped Slavery to Rule as a King in Brazil

Located in the Atlantic Ocean off the African coast; the Bijagos archipelago is made up of twenty main islands and some smaller ones. Despite the years of influence from Portuguese colonialism, women of the archipelago have the upper hand in the law.

Long before the days of Kanyimpa, European explorers had described the Bijago people or the Bissagos “as a seafaring people, fierce and warlike, who were immersed in both the slave trade and piracy.”

Elected among the women of the Okinka clan, Queen Pampa Kanyimpa became the most famous sovereign of the Bijagos Islands, and today she is remembered as a champion of women’s liberation and the guardian of sovereignty and peace for all.”

Nine decades after her death, she is still worshiped throughout the archipelago, and her mausoleum is one of the most widely recommended places to visit in Guinea-Bissau. What is more, her entire royal family has been considered gods by the people of Bijago.

READ ALSO: The Ethiopian Queen Who Avenged Ethiopians for Chopping Off Her Breasts

Today, the Bijagos archipelago is inhabited by over 33,000 people living in a lush, fertile, and rich natural environment. It consists of small villages where houses are largely made of straw and mud. The women are usually the owners of these homes, and they even construct them.

The island is based on a subsistence economy, inhabitants own farms and grow vegetables, rice, and cashews, and women have economic autonomy, organizing labor and even working more than the men.

Even at ceremonies, women are in charge of everything, from cooking, playing music, dancing to serving drinks to the men. Having an animistic religion and believing in reincarnation, most of their ceremonies come with a lot of rituals and mysticism, and women are in charge of relationships with the spirit world as the society is led by priestesses who are chosen from maternal clans.

Among the Bijago, one of the sources of power are clans whose lines of succession are from the maternal side. Thus, the oroñô or chief of a village on the island is also chosen from these maternal clans in an activity that is regulated by a council of elders.

Asides from depending on the natural resources of the archipelago including its palm forests, mangrove swamps, sandbank, and aquatic zones, the Bijago directly contributes to the preservation of the natural environment. This is why the area was declared a UNESCO Biosphere Reserve in 1996.