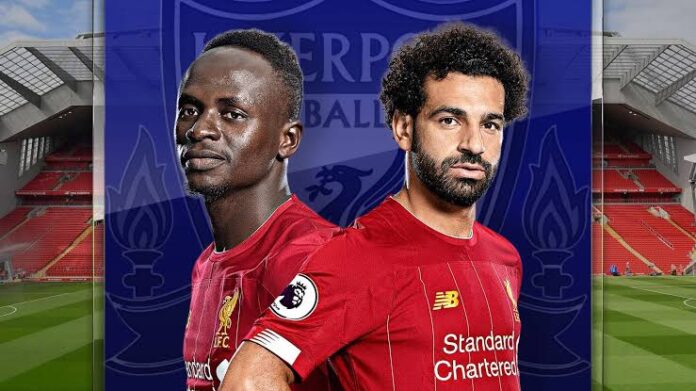 The Confederation of African Football (CAF) has released its list of nominees for the African player of the year award. The award ceremony, known as Africa’s most prestigious football award event, released a 30-man list with names such as Sadio Mané and Mohammed Salah.

Mané, who joined German champions, Bayern Munich last week, has had an advantage over Salah at the international level in recent months.

The advantage stems from Senegal’s recent victory against Egypt in the African Cup of Nations final in February, before winning the 2022 World Cup play-off the following month.

The Senegalese player was the last man to be crowned Africa’s best in 2019 while Nigeria’s Asisat Oshoala won the women’s award in the same year.

However, at the “club level,” Mané, and Salah, both 30, won the FA Cup and League Cup in England last season, but narrowly lost the Premier League title.

Recall that Salah was named Player of the Season by the “Football Writers Association and the Professional Footballers Association,” giving him an edge over Mané in the upcoming award ceremony.

As seen in the 30-man list, Senegal has the most nominees on Caf’s list, with four others such as Chelsea goalkeeper Edouard Mendy, Leicester City midfielders Nampalys Mendy, Saliou Ciss, and Kalidou Koulibaly, joining Mané.

Also named were Ivory Coast Serie A winner Franck Kessie, PSG’s Moroccan Achraf Hakimi, and Cameroonian Vincent Aboubakar, who became the first player to score eight goals in a single Nations Cup in more than half a century.

Caf has also published its shortlists for several other men’s categories, including Young Player and Coach of the Year.

The nominees for the women’s categories will be announced in due course, with the awards ceremony taking place on 21 July in Rabat, the capital of Morocco.

The list, which covers performances from September 2021 to June this year, was determined by a panel of African football legends, technical experts, and journalists.

The winners of each category are determined by a jury made up of CAF’s Technical Committee, media professionals, and coaches, as well as captains of member federations and clubs involved in the group stage of continental competitions.

Full List of Nominees for CAF Player of the year, 2022