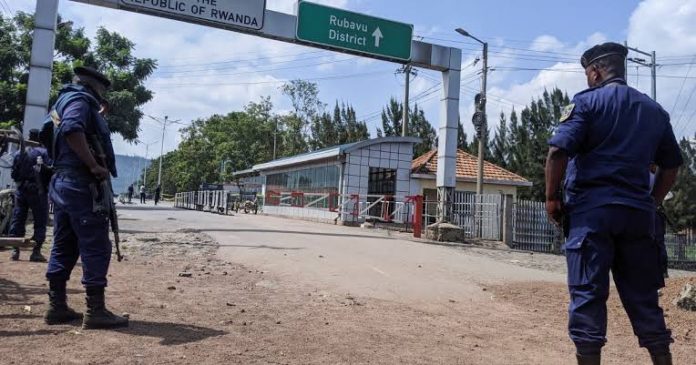 The Democratic Republic of Congo has closed its border with Rwanda as violence at the site recently led to the death of a Congolese Soldier.

According to reports, the Congolese soldier was shot dead while attacking border guards inside the Rwandan territory.

Interestingly, Congo quickly acted in response to the death of the soldier, as it found the border closure a reasonable response to avoid a diplomatic crisis between both nations.

Read also; Smithsonian To Return 29 Benin Bronze After Board Votes In Favor

Both nations have been at loggerheads for quite some time, with fears of conflict brewing in the minds of political analysts. While DRC accused Rwanda of facilitating the activities of rebels within its borders, Rwanda has since denied the accusation.

Rwanda denies the accusations that it supports the M23 rebels and their activities within Congo. Unfortunately, reports claim that the Congolese government and it’s military believe otherwise, especially as the leadership of the rebel group hails from the Tutsi ethnic group in Rwanda.

According to a statement from the governor’s office in South Kivu, the DRC government ordered the border with Rwanda closed at 3 p.m. local time (13 p.m. GMT).

Report claims that a Congolese soldier crossed the border and opened fire. This left two Rwandan police officers injured before an officer on duty fired back and killed him 25 meters inside Rwanda.