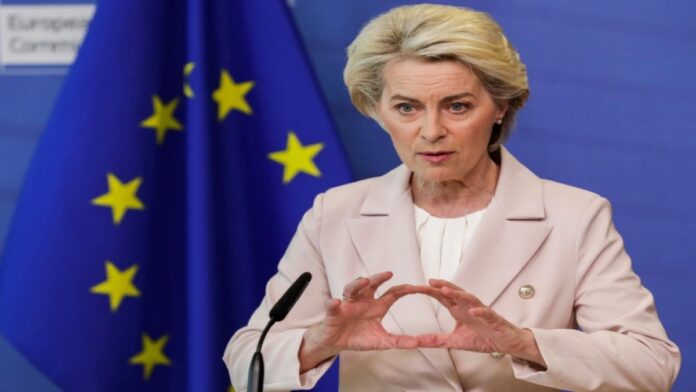 The European Union has pledged 600 million euros ($630m) to African nations experiencing food scarcity due to the Russian-Ukraine war.

The funds to be received by selected African nations will include €150 million ($158m) in humanitarian assistance for African, Caribbean, and Pacific nations and €350 million to boost sustainable food production in the long term.

While speaking at the EU summit in Brussels, European Commission chief Ursula von der Leyen said; “Russia’s war of aggression is taking a heavy and senseless toll, not only on the Ukrainian population but also those most vulnerable around the world.”

Read also; 83% of Kenyan Couples Save More Due to Their Relationships, Report Claims

Leyen explained that the situation in Russia especially as it affects Ukraine is causing the blockage of several million tonnes of grains and other food contents that will be required for the sustainability of dozens of nations in the Caribbean and Africa. “To help our partners, we will mobilize an additional €600 million to avoid a food crisis and an economic shock,” she added.

Russia and Ukraine export about a third of the world’s wheat and barley, as well as more than 70% of the world’s sunflower oil and corn. Approximately 20 million tonnes of Ukrainian grain have been prevented from reaching the Middle East, North Africa, and portions of Asia due to the war.

As reported by the UN Food and Agriculture Organization (FAO), up to 181 million people in 41 countries may experience a food crisis or worsening hunger levels this year.

According to the Norwegian Refugee Council (NRC), the world’s ten “most ignored” refugee crises, all in Africa, have been overlooked due to a focus on Ukraine, exposing the difference between aid and media coverage for different countries.

Josep Borrell, the EU’s foreign policy leader, termed Russia’s blockade “a true war crime” and warned that if it continues to halt exports, Moscow will be held accountable.

In response to these unfavorable statistics, the EU is supporting the UN’s efforts to arbitrate a grain-export deal between Ukraine, Russia, and Turkey, but little progress has been made.

Brussels on the other hand is attempting to enhance exports from Ukraine via railway routes. Sadly, there is insufficient capacity to remove even a fraction of the aground supplies.