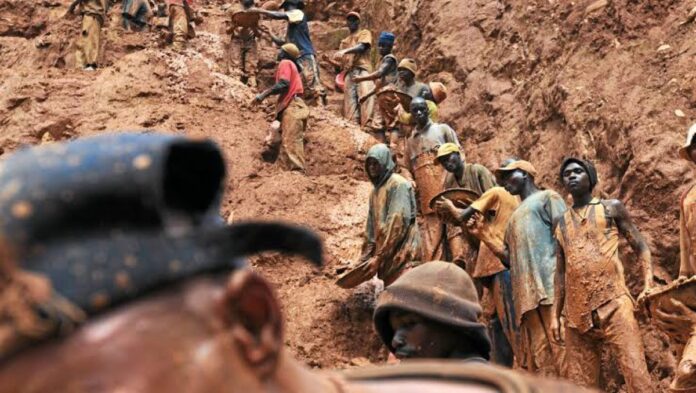 A military court in the Democratic Republic of Congo sentenced six people, including two army colonels, to death in connection with the killing of two Chinese miners in March.

Four other soldiers were sentenced to 10 years in prison by the Ituri military court on Friday.

All but one of those sentenced to death were members of the armed forces.

The two colonels are accused of planning an attack on a convoy in March with the aim of stealing four gold bars and $6,000 in cash carried by victims returning from a gold mine.

Also, read; “I Have Slept With With Over 1,000 Men,” Ghanaian Sex Worker Reveals

The death penalty is used regularly in the Democratic Republic of Congo, but it is systematically commuted to life imprisonment.

“This should serve as an example for the black sheep in the armed forces,” Lieutenant Jules Ngongo, spokesman for military operations in gold-rich Ituri province, told AFP.

Mine attacks and Chinese workers are not uncommon in the resource-rich east of the Democratic Republic of Congo, which has been plagued by militia violence for decades.

Last year, the DRC government tasked security authorities with administering Ituri and the neighboring province of North Kivu in an attempt to contain the violence. However, the measure did not stop the attacks.

The defense announced that it would appeal.