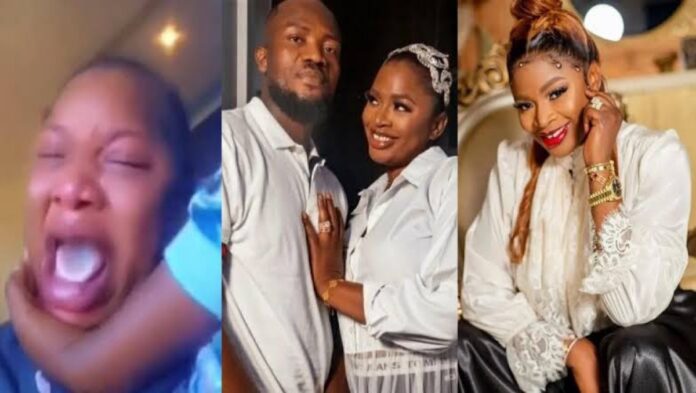 The sister-in-law of Ikechukwu Ogbonna, famous Nigerian car dealer also known as IVD, has accused him of killing her sister, his wife.

His sister-in-law, identified as Mama Jazz, revealed in an Instagram post on Saturday, October 15th that IVD’s wife is dead and accused him of pushing her into a fire that eventually led to her death.

However, IVD, who has since refuted the claims, revealed that his wife set herself ablaze in response to an argument that ensued in their home.

Although, the businessman’s sister-in-law previously reported that IVD’s wife, called “Bimbo,” suffered severe burns in a violent incident at his home on the Megamound estate in Lekki, Lagos, after years of repeatedly speaking out about abuse in her marriage.

Sources claim that Bimbo confronted her husband IVD on Wednesday, October 12, 2022 about the constant beatings she is receiving and a fight ensued in which she set herself on fire.

Controversial rumors have surrounded their relationship, especially as his wife met a violent end in a fire which many claim she set herself, while her others such as her sister, have accused IVD of being responsible for the unfortunate incident.

She was taken to the hospital while IVD, who suffered minor injuries, escaped. Bimbo was in the intensive care unit of a hospital in Lagos for a few days, but unfortunately gave up the ghost.

Social media has since been buzzing with mixed reactions following the death of Bimbo, wife of the Lagos car dealer. Hours after the news of her death broke online, IVD took to his Instagram page to respond by posting some disturbing videos.

In the series of posts, he shared what might look like evidence as the videos show the extent of the destruction his wife Bimbo has wreaked on their home.

In some videos her voice can be heard in the background insulting him while in other videos he shows the head injury allegedly caused by Bimbo.