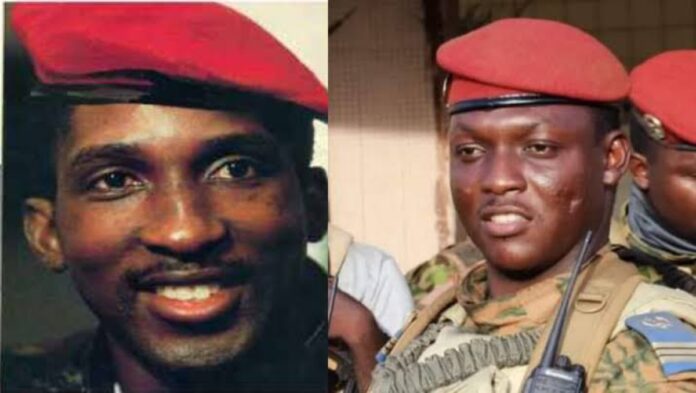 In an emotional moment, Ibrahim Traore, 34, was seen leading the country by pledging allegiance and celebrating the memorial service of Thomas Sankara to mark the 35th anniversary of the assassination of the country’s revolutionary leader.

From an unknown character, who was hardly known even in his native Burkina Faso, Traore, has gotten the spotlight as he rose to power in a controversial plot being discussed days after his sudden popularity.

In just one weekend the army officer catapulted himself from army captain to the world’s youngest leader – a rise that fuels both hope and fear in a poor and chronically afflicted country.

Just two weeks ago, 34-year-old Traore was unknown even in his native Burkina Faso.

But in one weekend he catapulted himself from army captain to the world’s youngest leader and brought hope to many Burkinabes.

On Friday, a national forum of about 300 delegates named Traore interim president until the July 2024 election, two members of the ruling junta told AFP.

Traore, at the head of a core of disaffected junior officers, deposed Lieutenant Colonel Paul-Henri Sandaogo Damiba, who had only assumed power in January.

The reason for the latest coup – as in January – was anger over the failure to contain a seven-year-old jihadist insurgency that has claimed thousands of lives and displaced nearly two million people from their homes.

On Wednesday, Traore was declared president and “guarantees national independence, territorial integrity… and the continuity of the state.”

A photo of him is available on the main market, along with portraits of the revered murdered Burkinabe radical leader Thomas Sankara and Jesus. Traore’s previously unknown face can now be seen in portraits in the capital, Ouagadougou.

Born in Bondokuy in western Burkina Faso, Traore studied geology in Ouagadougou before joining the army in 2010.

He graduated as an officer from the Georges Namonao Military School – a secondary institution compared to the prestigious Kadiogo Military Academy, where Damiba and other elite members are alumni.

Traore finished second in his class, a contemporary told AFP, describing him as “disciplined and courageous”. After graduating, he gained years of experience fighting jihadists.

He served in the north and center of the country before departing for a post in neighboring Mali in 2018 as part of the UN peacekeeping mission MINUSMA. In 2020 he was named captain.