Davido Reveals Why He Stopped Putting On Western Cloths During Performances 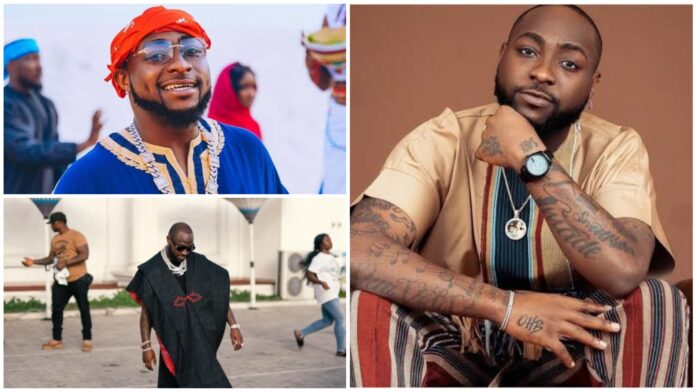 Davido said; “I usually put in a big budget – it could be thousands, hundreds, crazy clothes. So this year I was like, ‘Hey, why are we celebrating African music and wearing Western clothes? Could also do the whole package. Let’s give people opportunities.”

During the interesting interview with Rolling Stone, the Nigerian singer revealed details about his success, his fashion choices, and his relationship with controversial musicians and peers like Dababy.

Here’s what Davido had to say about his relationship with controversial American rapper Dababy;

When he came out, people always compared us. It was the energy, the eyes. And then, interestingly, everyone around DaBaby is African. I like his work ethic. I only see so much of myself in him; also the way he inspires people.”

Davido spoke about his decision to keep it African when performing and described why it’s important to celebrate African music using African-made fabrics or African-inspired fashion choices.

It is clear that the fashion and textile industry is Africa’s second largest post-agricultural sector, with a market value of US$31 billion by 2020 and growing every year.

The fashion industry is a marketing and production model that takes clothes from the runway to major retailers in seconds. From the likes of performers such as Davido, to America’s Sweetheart, Beyoncé, a fan of African textiles, the industry has seen incredible growth, one made even more possible by its increasing fame.