Afrobeat Singer, Davido Spotted for The First Time In Public After Death of His 3-year-old Son 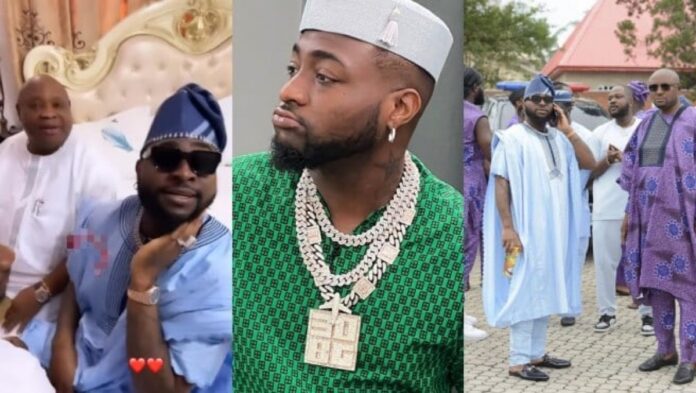 Davido was spotted with what appeared to be a wedding ring on his ring finger as he entered his uncle’s property.

For the first time in almost a month, Davido has been spotted since the tragic death of his first son, Ifeanyi.

News of Davido’s secret marriage to his girlfriend, Chioma Roland is reported to have spread on social media about two weeks after their son’s death.

The talented musician was spotted with his friends and family in Ede, Osun state where he was present to support his uncle, Ademola Adeleke who recently got elected governor of the state. While pictures of the singer were shared on social media, fans couldn’t help but notice the ring on his finger.

The sad news of the death of the singer’s son hit social media late Monday night after Nigerian actress, Eniola Badmus posted it on her Instagram account. She later deleted the post.

In a phone call with PREMIUM TIMES few days after the incident. Hudeyin said some of the singer’s assistants and associates were arrested.

He said, “Eight of them (workers) were arrested for interrogation.”

The three-year-old boy is said to have drowned at the family swimming pool in Lagos and was under water for a long time before he was found.

He was reportedly taken to the hospital, where his death was confirmed.