Doreen Kabareebe, Popular Ugandan Socialite Trolled Online After She Was Spotted Riding on a Bodaboda Minutes after Bragging On a Radio Interview That She Can’t Date a Man without a Car 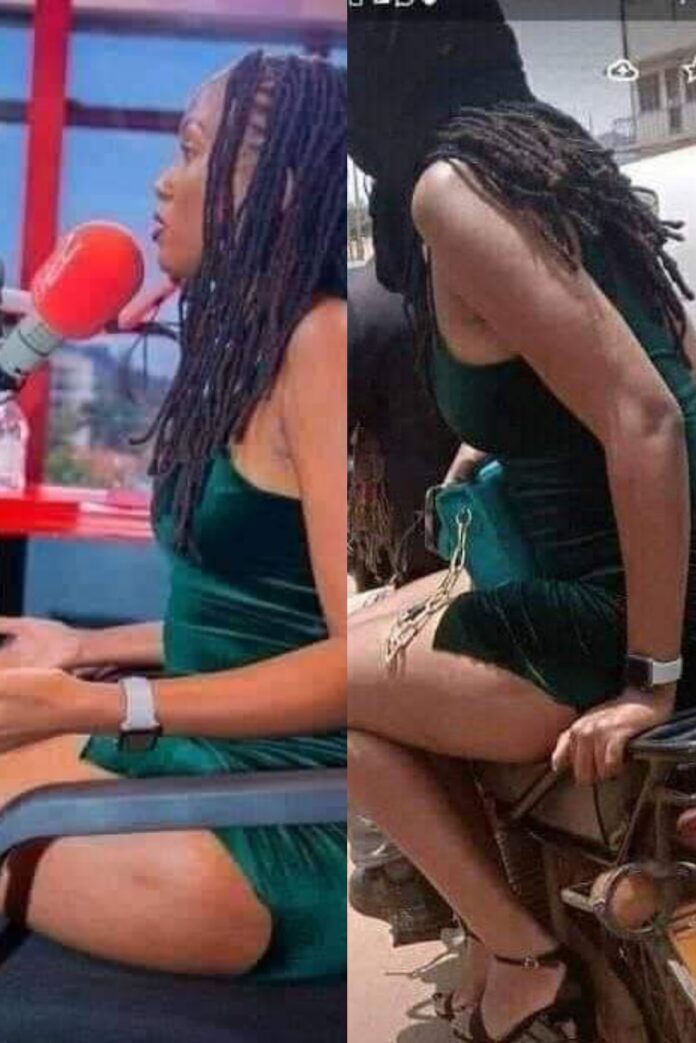 Popular Ugandan socialite Doreen Kabareebe has found herself in hot soup for what many term as living a fake life. This happened after Doreen publicly declared in a local radio interview that she can’t date a man without a car. She said, “If you don’t have a car, don’t call my number.”

To many people’s surprise Doreen didn’t have a car herself and a few minutes after leaving the interview she was spotted riding on an ‘okada’ (motorcycle) as her means of getting home. The incident aroused a lot of debate online with some fans supporting her claim and others dissing it.

Here are some of the comments from the fans. “Yes she doesn’t have a car, that’s why she said that. She’s tired of sitting on okada… But life has no balance, I understand her tho”. Another one noted, “Me I think she is smart oooo. You can’t add poverty to your misfortune. Another fan said, “She’s probably still in her early twenties, let her get to the thirties forties, she’ll be looking for anyone wearing trousers whether crippled or not, sister fear God, time humbles”. “She obviously needs this to not happen anymore, it’s why she wants folks with cars,” noted another fan.

Who exactly is Doreen?